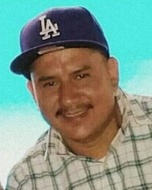 Luis Martinez, a 35-year-old Latino, was shot and killed Tuesday, April 21, in the 3400 block of Manitou Avenue in Lincoln Heights, according to Los Angeles County coroner’s records.

Shortly before 4:30 p.m., Martinez’s wife called 911 and told dispatchers that her husband was stabbing himself, said LAPD Det. Meghan Aguilar.

When police arrived at the home, Martinez allegedly came outside holding a hunting knife. Officers told him to put the knife down, Aguilar said, but he allegedly charged at police, prompting officers to open fire. It is unclear how many officers fired.

Martinez was pronounced dead at the scene at 4:54 p.m., said Ed Winter, assistant chief of investigations for the coroner’s office.

The identify of the officers who fired may be released after Chief Charlie Beck is briefed on the incident.

Anyone with information is asked to call the LAPD's Force Investigation Division at (213) 486-5230. Those who …