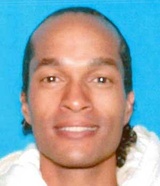 Aaron George Sneed, a 33-year-old black man, died Friday, July 18, days after he was stabbed in the 13600 block of Vanowen Street in Valley Glen, according to Los Angeles County coroner’s records.

Sneed was at his apartment on July 10  when he got into a dispute with another man about 6 p.m. Sneed was stabbed during the argument, said LAPD Det. Rob Bub. Bub said it is unclear what the argument was about.

Sneed was taken to a hospital where he was pronounced dead on July 18 at 12:27 a.m., according to coroner’s records.

Do you have information to share about the life of Aaron George Sneed ? The Homicide Report needs your help. Please fill out this form or e-mail us at homicidereport@latimes.com.

Share a memory or thought about Aaron George Sneed

Aaron was a friend of mine. It's crazy how you just popped in my head and I found a article about u "lucky Luciano"
I met him through a mutual friend (Lou) who lived in the same building as him. I will always remember our barbq's we had and how you always wanted shrimp lol and how generous you were! I will continue to always have that Yoda on Earth day (his bday) and celebrate your life! With much love vee! Your dad told me you were laid to rest on your island in Trinidad I know for a fact you loved that! I really hope they got the guy who did this to you, this was one thing no one deserves especially you! Rest easy my bro!

Has anyone every been arrested? Why is there such little information? I'm so sorry Aaron. Thank you for "The Prophet".

Arron was a kind and gentle spirit. He was my little cousin and the only child of his Father George,my ist cousin. This has given us new reason to give pause and wonder why?He was not athreat to any one and the vicious way in which he died,can certainly not have been the work of one individual.My heart is heavy,my mind perplexed. There is a serious problem in L.A/