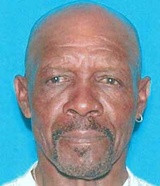 Alfonzo Dwight Bell, a 65-year-old black man, was shot and killed Friday Aug. 29 in the 500 block of West Compton Boulevard in Compton, according to Los Angeles County coroner’s records.

Deputies responded to a call about a gunshot victim in the area shortly before 1:30 p.m., according to a news release from the Los Angeles County Sheriff’s Department.

When deputies arrived, they found Bell in the street with a gunshot wound to the torso. Bell was pronounced dead at 1:40 p.m. at the scene, according to coroner’s records. It is unknown whether a gunman walked up to Bell or shot at him from a car.

Share a memory or thought about Alfonzo Dwight Bell

@ Danish42...You're supposed to read the report first, then comment.

So whats the story on this gentleman?