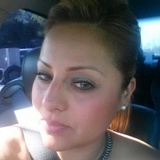 Nunez, who was about six months pregnant, was alone at her home on Leafdale Avenue the evening she was shot, said Los Angeles County Sheriff’s Lt. Joe Mendoza.

A family member found Nunez inside her home with multiple gunshot wounds about 8:55 p.m., Mendoza said.

Nunez was taken to a nearby hospital where she and her fetus were pronounced dead at 9:37 p.m., according to coroner’s records. Her cause of death was listed as gunshot wounds to the torso.

Authorities are searching for Nunez’s estranged husband, Octavio Curiel-Martinez, 36, who was seen leaving the scene and is believed to be armed with a handgun, The Times reported. 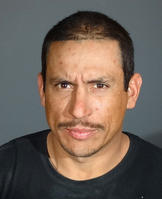 At about 8:30 p.m., Curiel-Martinez went to his parents' home, in the 12300 block of Clinton Street in El Monte, and shot at his father, who was standing outside, Mendoza said.

Those shots missed, and Curiel-Martinez's father was unharmed, Mendoza said.

Investigators don’t know which shooting occurred first, but they suspect Nunez was shot before the attack on her father-in-law, about 1 1/2 miles south of her home, Mendoza said.

Investigators are searching for Curiel-Martinez, who is considered armed and dangerous, Mendoza said. He is described as Latino, about 5 feet 7 with brown hair and eyes, Mendoza said. He was last seen driving his red 2018 Toyota Tacoma with a chrome utility box in the bed and the California license plate 81718L2.

Do you have information to share about the life of Ana Maria Nunez ? The Homicide Report needs your help. Please fill out this form or e-mail us at homicidereport@latimes.com.

Share a memory or thought about Ana Maria Nunez