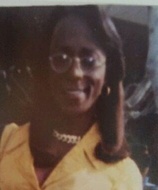 Anya Knee Parker, a 47-year-old transgender woman, was shot and killed Thursday, Oct. 2, in the 600 block of North Kenmore Avenue in East Hollywood, according to police and Los Angeles County coroner’s records.

Parker was walking down the street shortly before 3 a.m. when she got into a dispute with three men, Los Angeles police said.

The dispute escalated, and surveillance video taken near the scene shows a struggle for Parker’s purse. Parker was shot as she tried to run away. The purse, containing $24, was left at the scene.

Parker was taken to a hospital, where she was pronounced dead at 5:05 a.m., said Ed Winter, assistant chief of investigations for the coroner’s office.

“This is one of those unfortunate crimes that we’re going to solve with the community’s help,” said LAPD Rampart Division Capt. Brian Pratt. The city has offered a $50,000 reward for information in Parker’s killing.

Detectives are trying to find out more information about where Parker was just before the botched robbery, and are searching for a person whom she was having a “friendly conversation with” before the crime.

Parker’s sister described her as a person who loved family and enjoyed thrift store shopping.

“We just want to know why,” said Adrian Parker at a news conference Oct. 10 at City Hall. “We didn’t get a chance to say goodbye.”

"We believe it is very possible Ms. Parker was targeted because of her identity," Argyros said.

Los Angeles is home to one of the largest transgender communities in the U.S., members of which are often on alert, Argyros said.

“Transgender people are victims of crime all the time,” he said.

Note: The Los Angeles County coroner identified Parker as a man. Since Parker identified as a woman, The Homicide Report has done so as well.

Share a memory or thought about Aniya Knee Parker

Detectives arrested the wrong guy and they know it. Detectives know the shooters name they had him in custody and still lets him go.

Aniya Parker known as bolly to his family is my uncle I miss him dearly and have always excepted his sexuality since I was a child! He was a loving and protective person to know him was to love him. We still look around the corners waiting for him to visit me and my gma his mother in little rock arkansas he would come here and spend time with family and go back to cali to spend time with family and friends. Bolly was and always have lived life by his own terms and always taught me to be myself no matter who doesnt like it! This killing was a viscous and cruel hateful act to just take my uncles life!!! I PRAY THAT ALL PEOPLE RESPONSIBLE ANSWER TO THEIR CRIME IN COURT AND THAT JUSTICE IS SERVED!!!! JUSTICE FOR ANIYA PARKER!

Rip very sad this happened to you

May GOD bless the family of Aniya and all transgenders , gays and lesbians.....you were put on this earth for a reason. just like everyone else, may GOD soon take care of all these evil hearted people, who do distruction to families and don't even give a DAMN. There is a famous line from the movie "CHILDREN OF THE DAMN" it goes LEAVE US ALONE, LEAVE US ALONE...so all you GAY HATERS just do that...LEAVE THEM ALONE.

Sheba: There have been a number of cases when the perp does not know it is a transgender women only to find out as intimacy starts that he has been deceived leading to anger and possibly violence.

How can we help?

I do believe this person was shot because of their gender Identity.