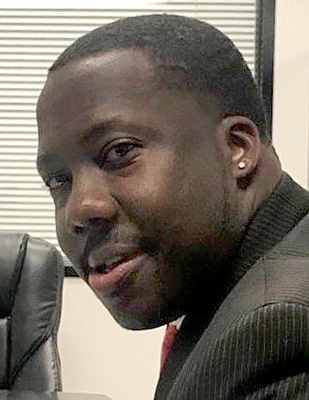 Deputies were called about 10:30 p.m. regarding a gunshot victim and found a car in the middle of the street with Greer and his cousin David Charles Greer, 37, lying nearby, said Los Angeles County Sheriff’s Lt. Rodney Moore.

Both men had been shot multiple times, Moore said, and were pronounced dead at the scene at 10:38 p.m.

David Greer got involved in a gang, Lipscomb said.

He was one of two men charged in the 2001 gang-related shooting of Kevin Fauria, 26. He pleaded no contest to voluntary manslaughter, with allegations that the crime involved a gun and was done to benefit a gang, and was sentenced to 17 years in prison, according to Paul Eakins, a spokesman for the Los Angeles County district attorney’s office.

He was released from prison five days before he was killed, Lipscomb said.

“David was getting his life together and planning to look for work after the first of the year,” Lipscomb said, “He wasn’t wanting to get back into the gang life. He was only around us after he got out. He wanted to start working right away, but we told him to take a little time and enjoy family during the holidays.”

Brian Greer attended a magnet high school, the California Academy of Mathematics and Science at Cal State Dominguez Hills. He earned a bachelor’s degree in business management from the University of Redlands in 2009, Lipscomb said, and a master’s degree in 2017.

He was single with three children, ages 19, 13 and 10, and worked for about 10 years as a social worker. He also was preparing to open a Burgerim franchise in Compton next month, Lipscomb said.

Angie Morgana, vice president of finance for the Burgerim Group USA, said the company was working with Greer and an unnamed partner to open a restaurant around April. Those plans are on hold, she said, but the project is expected to move forward. “We were all in shock when we heard,” she said, “and we want to give his partner time to work through the grieving process.”

The cousins wrote each other every other week while David Greer was in prison, Lipscomb said, and spent the December holidays together with family and friends.

Brian Greer was living with his grandmother in Compton to help care for her, Lipscomb said. The cousins went bowling on the day they were killed and visited David’s sister in Compton that evening. She made them dinner, he said, and they had planned to take groceries back to Brian’s grandmother.

“Before they left, Brian got a phone call, and family members heard him say, ‘Send me the address, and I’ll be right there,’ ” Lipscomb said. No one knows the address where the men went, Lipscomb said, or whether it is the same area where they were shot.

Lipscomb has set up an online fundraiser to help the men’s families and is asking people to come forward with tips that could help solve the crime.

1:22 p.m. Jan. 10, 2018:  This article was updated with additional information about David Greer's sentencing.

Share a memory or thought about Brian Keith Greer

Damn B. Can't believe it's almost been a yr bro. Just sitting here thinking about u. How we used to hit the blackjack tournament every Saturday @ Hawaiian Gardens. Everyone there still talks about u, You'll never be forgotten. Rest in Paradise Brian... Are there any updates on this senseless crime? My prayers are always with the fam...

We found out last night about Brian’s tragic death. We were in the same masters program and became fast friends. Brian had so much integrity and was a joy to know. I am heartbroken to hear of his death. The world has lost one of the good ones and I have lost a dear friend. He will be missed greatly.
Cheri