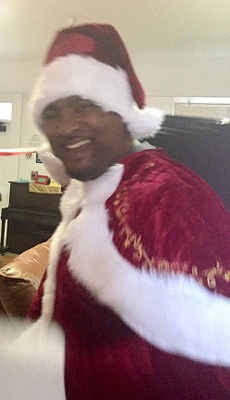 Byron Young Nettles, a 52-year-old black man, died Friday, March 1, after he was stabbed in the 100 block of South Euclid Avenue in Pasadena, according to Los Angeles County coroner's records.

Nettles was the manager of the Euclid Villa Transition Housing for families moving out of homelessness, an apartment complex where he also lived, said Pasadena police Lt. Jesse Carrillo.

Around 9 a.m., police officers were sent to the complex regarding a stabbing and discovered Nettles inside his apartment with multiple stab wounds, Carrillo said. He was taken to the hospital and went into surgery, but was pronounced dead later that day at 3:52 p.m., according to coroner's records. The cause of death was listed as stab wounds to the chest.

An assailant reportedly fled the apartment on foot, Carrillo said, and officers set up a perimeter to search for him, using helicopters and police dogs. Gardena police officers helped with the search, and the nearby Mayfield Junior School was put on lockdown until the search was called off shortly before 3 p.m.

Investigators developed a description of the attacker based on witness reports, Carrillo said, and that evening, around 9:25 p.m., the U.S. Marshal's-Pacific Southwest Regional Fugitive Task Force arrested Telly Romero Johnson, 41, at his home in the 1900 block of Cordova Street in the Pico-Union neighborhood of Central Los Angeles.

The arresting officers allegedly found a pocketknife on Johnson, Carrillo said. The knife is being tested to see if it was involved in the stabbing.

Johnson was charged with murder on March 6 and pleaded not guilty. He is being held in lieu of $2 million bail. His next court hearing is set for April 10 in Department D of the Los Angeles County Superior Court's Pasadena Courthouse.

Investigators believe Johnson and Nettles were acquaintances, and Johnson was jealous of a friendship that had developed between Nettles and Johnson's wife, Carrillo said.

Johnson allegedly went to Nettles' home "with the intention of confronting the victim, which escalated into an argument and then to a physical attack and stabbing of the victim," Carrillo said.

He had two children, a 21-year-old son and a teenage daughter, and was popular with all the children in the complex, she said, adding that he would play Santa at Christmas.

"He was playful with the children and always made them laugh," Unique said. "The kids that were struggling, he'd give them a chore to do, and when it was completed, he rewarded them with money and candy treats. This is heartbreaking for the children."

Photo: Byron Nettles, shown playing Santa in December 2015, passes out presents to children at the apartments he managed in Pasadena. He was fatally stabbed at the same location on March 1. Photo by his friend Sensational Unique.

Share a memory or thought about Byron Young Nettles

Byron and I shared a relationship noone could take away those memories ...That day on March 1st Byron died in my arms my friend Melissa and myself tried our best to save his life it wasn't enough ..Byron the kids will always hold a place for you in their hearts ❤️, especially Mariah ..we will meet again . loving you always,...💌. Xoxoxo Lizzy ( ruca )

Byron was more than my apartment manager,he was my neighbor for 4 years.He was my friend.To my 13 year old daughter Zoey, He was Uncle Byron.The day he died she was heartbroken and devastated.She says mommy this is a bad place and she wants to move from Euclid Villa.Byron to me was super friendly and also gave a helping hand.He was very goofy and his smile was absolutely contagious.Byron lived downstairs from me and now when i walk down the stairs my heart is so broken. I am in disbelief and I keep thinking he is coming back.He is really gone.How do I move on after seeing him dying in our foyer by the front door.Why did he have to go? I created a Facebook page in his memory.Its called Remembering Byron Nettles. I could never forget Byron because he had a good heart.No one had the right to take his life and take him from us all.Bryon you are my Angel 😇 now.Fly high until we meet again.

Big Boo, nothing but love and respect for you. you just pulled up on me that Monday, it was always good to see you coming. I'm still in disbelief seeing your name here, I'm numb... you lived a productive life bro, you will forever be held in the highest regard by me...