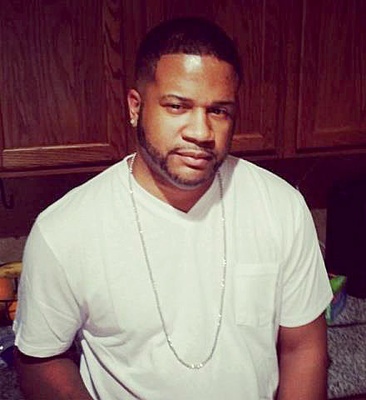 The children and mother of a man killed by Los Angeles County Sheriff’s deputies on March 8 outside a West L.A. gym, have filed two federal lawsuits against the county, the department and the deputies involved.

Dennis “Todd” Rogers was a 41-year-old black man who had earned a business and accounting degree at the University of Houston and worked as an accountant in Houston before he lost that job, divorced and moved to Los Angeles to pursue an acting career, his mother, Janet Williams, said in an interview this spring.

Rogers suffered from bipolar disorder, his mother said, but managed it through medication. Two days before he died, Rogers had called her from a Salvation Army shelter and said someone had taken his car, which contained all his belongings, including his medication and cellphone.

It’s not clear if his car was towed, or stolen, said Sheriff’s Lt. Joe Mendoza.

Whatever the case, Rogers was acting strangely the night he died. Strangely enough that deputies called for a sheriff’s mental evaluation team.

But there were only two teams working countywide that night, Mendoza said. Both were tied up on other cases, and the closest team was a 30-minute drive away.

The two lawsuits, one filed by Williams today and the other by Rogers’ two unnamed minor children and his adult son, Dennis Todd Rogers Jr., accuse the county of depriving them of their constitutional rights of a relationship with Rogers and of not properly training and supervising deputies.

The children’s lawsuit, filed July 14, also alleges that the deputies wrongfully restrained Rogers and denied him the immediate medical care he needed for his mental illness.

The deputies discriminated against Rogers “by not waiting for the LASD Mental Evaluation Team to arrive so that they could de-escalate the situation,” the lawsuit alleges. Instead, the deputies chose to “engage and confront Rogers despite having knowledge he was in the midst of a mental health crisis and not causing a threat to himself or any other individual.”

Five days earlier, Rogers had taken out a membership at a 24 Hour Fitness gym in the 5000 block of West Slauson Avenue in Ladera Heights, and allegedly had been staying at the gym some 12 hours a day since then, Mendoza said.

Other members complained to management that Rogers had been harassing men and women in the gym, Mendoza said.  On March 7, about 8:35 p.m., a manager called deputies, asking for help in removing Rogers from the gym.

Rogers was initially cooperative, but once outside he allegedly began pacing in the parking area. The gym manager called deputies again about 10:40 p.m., saying that Rogers was threatening him outside and he was afraid to leave.

When deputies returned, Rogers was “belligerent and cursing,” focused on the manager, Mendoza said. Then he confronted the deputies, authorities said. “He came very close to them, invading their personal space and challenging them to a fight,” Mendoza said.

One deputy shot Rogers with a Taser, which had no effect, authorities said. Rogers opened his backpack and pulled out metal electric hair clippers with a long cord, which he began swinging “like a ball with a chain on it,” Mendoza said.

Rogers chased a deputy around a parking lot and came within inches of striking a deputy with the clippers, Mendoza said. The deputy ran out of space to back up, Mendoza said, “and that’s when the shooting occurred” at 11:05 p.m.

The name of the deputy has not been released.

“I don’t know how you handle this differently, except to have a mental evaluation team inside every car,” Mendoza said in March. “We expect our deputies to do all these different things — be counselors, peacemakers, arrest people — and they are all being trained in mental health awareness. ... but sometimes the only recourse they have is to defend themselves with what they have.”

But in an interview this spring, Williams, co-pastor of the Prince of Peace Holiness Pentecostal Church in Gary, Ind., said she believes deputies and the county could have done much more for her son.

“The way they shot him down like a dog. ... they’ll take time to tranquilize a wild animal, but not take time to help a person who’s off a little bit or mentally challenged because they didn’t take their medications?” she said.

Williams said her son was highly intelligent, finishing his work so quickly at school that the teachers didn’t know how to keep him occupied. He took his GED to get out of school early and passed without studying, she said.

He spent about 16 years in Houston, and every year he would come home to Gary around February, to visit his large family and do everyone’s taxes, she said.

His troubles began a few years ago. “He ended up losing his job and got a divorce and that took him into a mental depression. He was pretty much normal and happy when he was young, a quiet kid with a beautiful smile, but then life happened and he couldn’t take on a lot of disappointments and rejections.”

Rogers returned to Indiana, where his mother says she got him on Social Security benefits because of his bipolar disorder. His medications stabilized him, and about the end of 2015, he decided to move to California to pursue an acting career.

“He wanted to do something he thought would help his children later on. He loved his children and he spoke to them daily,” she said. “Acting was a dream, and he was very handsome. He started going to acting classes and interviews. If he had a dream about something, he would go after it real hard.”

Rogers also believed in working out so he could stay fit, she said. And once he started losing his hair, he always shaved his head using his electric clippers.

“He wasn’t an evil person. He never owned a gun or weapons like that. There wasn’t one bullet that came from that razor,” she said. “The police should have waited for someone with more experience in the field. There’s just no reason for him to be taken out like that.”

— Willie Brown ; yes it is necessary. In order to stop the violence, you must have a truthful picture of who is killing who.

"The truth shall set you free".

Why do the ecnicity of the victim has to be stipulated all the time?,,,,is it nessasarie??