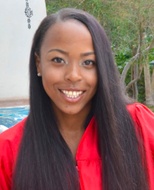 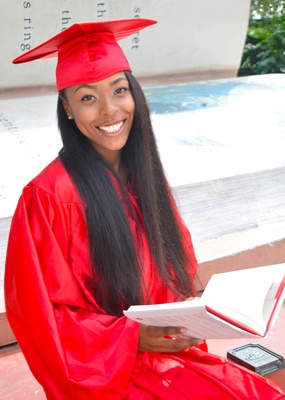 Chloe Jane Hunter, a 17-year-old black girl, was fatally shot on Sunday, Sept. 30, in the 200 block of North Long Beach Avenue in Compton, according to Los Angeles County coroner’s records.

Chloe was one of four people shot outside a school carnival at the Optimal Child Development Center at 1300 E. Palmer St. around 5 p.m. The school’s blacktop, where the carnival was being held, is behind the large parking lot for DND Mart Liquor, at 217 N. Long Beach Ave., where Chloe and others had parked to attend the carnival, according to Los Angeles County Sheriff’s Lt. Scott Hoglund.

The other three shooting victims, a 14-year-old girl, a 19-year-old man and a 40-year-old man, all had non-life-threatening gunshot wounds and are expected to survive their injuries, Hoglund said.

The gunfire struck Chloe in the torso, however, as she was getting out of her car to go watch a friend dance at the carnival, according to her mother, Janel Hunter.

“She barely got out of the car,” Hunter said, “She thought she could drive herself from the scene to the hospital, but she ended up sideswiping two cars and landed in someone’s driveway. They called 911, and stayed with her till the ambulance came, but she lost too much blood.”

Chloe was taken to the hospital where she was pronounced dead at 7:30 p.m., according to coroner’s records. The cause of death was listed as gunshot wounds to the chest.

Hoglund said investigators don’t know if the shooters were in a car or on foot. They are trying to find surveillance video to see if they can pinpoint where the shooting came from, and develop a motive, he said.

Chloe and the two men were in the parking lot but the 14-year-old was at the carnival, Hoglund said. All that separated the parking lot and carnival is a narrow street, North Crane Avenue, and a chain-link fence, he said.

“We don’t think the shooting had anything to do with the event at the school, but a stray round went into that area and struck the 14-year-old in the hand,” Hoglund said.

Trying to drive herself to the hospital was in character for Chloe, an independent young woman who graduated from high school early and was working three jobs while also taking classes at Cerritos College, according to her mother.

Her goal was to be a doctor, Hunter said, “but she said she wasn’t sure she wanted to go to school that long,” so she settled on pursuing a nursing degree before deciding whether to take the next step.

“She said, ‘I just want to help people get better,’” Hunter said, “and she swore she was going to find the cure for cancer because my mother died from cancer. Her heart was bigger than her little body. She loved everybody and everything — kids, music, shopping…. She loved life and she wanted to be somebody.”

Chloe graduated early from Somerset Continuation High School in Bellflower so she could work more hours, Hunter said, and proudly bought herself a car with the money she had saved. She worked as a cashier at Little Ceasars Pizza at Lakewood Plaza and a clerk at the Tommy Hilfiger store at the Citadel Outlet mall and just two weeks ago, started working as a hostess at TGI Fridays in Bellflower.

“She was just a good person, really sweet and really determined,” said her friend, Zylan Stanley, a supervisor at Little Caesars who also worked with her at TGI Fridays. “When I walked into Little Ceasars or Fridays and I saw that she was working, I’d always think, ‘This is going to be a good shift, a good day,’ because of her.”

Little Caesars manager Mariah Estrada said the crew had planned a surprise birthday party for Chloe when she came to work on Oct. 4, the day after her birthday, because they knew how excited she was to turn 18. Now, instead, they are asking for donations at each of their area stores to raise money for Chloe’s family. Relatives have also started an online fundraiser to help with burial and other expenses.

“She was always happy with the customers, and exceeding our expectations. It was just a different work environment when she was there,” Estrada said. “She was the hardest working girl I’ve ever seen and her smile was contagious; that’s what we’re all going to remember most about her. Our store will never be the same without her, because we won’t have that touch of Chloe any longer.”

Det. Philip Guzman said investigators still haven’t determined a motive for the shooting, but Hunter says friends at the carnival believe the shooting involved local gang members who were upset about strangers coming into their neighborhood because of the carnival.

“It’s just sickening. I don’t understand how you can open fire where children as young as 2 years old are at a carnival. This was at a school, next to a fire station. Yes this area is heavily gang related, but you’d think some of these idiots would have some compassion….who’s coming to a carnival to threaten your gang? People were just trying to enjoy themselves and have fun at the festival.”

Hunter said the shooting is especially painful because she grew up in Compton, as did her parents.

“I love my city. My grandparents have been here since 1952 and it just saddens me that my daughter, who didn’t even live in Compton, couldn’t come to the community where her family grew up and go to a friend’s performance without being murdered,” Hunter said. “If there’s no peace in the city, it’s not thriving. Who wants to come to Compton to do anything if you’re scared to be shot?”

Photo: Chloe Hunter, 17, graduated early from Somerset High School in Bellflower so she could work more hours and achieve her goal of becoming a nurse. "She just wanted to help people," her mother, Janel Hunter, remembered, after Chloe was fatally shot outside a school carnival in Compton on Sept. 30.

Do you have information to share about the life of Chloe Jane Hunter ? The Homicide Report needs your help. Please fill out this form or e-mail us at homicidereport@latimes.com.

Share a memory or thought about Chloe Jane Hunter

Far too many of our children are dying senselessy for no reason at. May she Rest in Eternal Peace and may justice prevail.

This young Lady attended the school I work at I remember her being very friendly and liked very much by the students and staff. My hearts ache with the family I lost my 17 year old to a senseless crime. May your hearts be embraced by God as you continue this journey called life. RIP well Chloe

This is really sad.a precious young child gone too soon. really messed up.

R.I.P. Chloe..I just watched U graduate with my Son..Ur Friend from Somerset High School..God Bless Ur Family..I give my deepest condolences🙏💜

I didn't know this young lady but it saddens me to no extent. I pray for her family and I pray that we can one day move beyond this sort of cowardly behavior.

It's always the good ones that get there lives taken my condolences to all her family friends everyone who knew and loved her just so sad. Lord how Mercy on us all please bring her killer to justice.

What cowards.
So sad. She sounded like a lady who was doing great at her age.
My condolences to her family.
Hope her killer is located.

This is very sad. My condolences to her family and friends. Her parents gave her a decent name, and she had goals. Such a shame she had to go like this.

I'm so very sad that my friends daughter was taken from such senseless violence when she had so much to give to the world. Continue to Rest in Paradise Chloe.

Cowards who ever did this to such a beautiful child. They will get their 10 times fold.

A very beautiful young lady who life was taking by some senseless cowards R.I.H