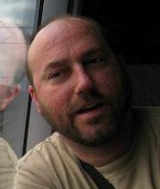 About 7 a.m., police were called to a small homeless encampment after a person witnessed a stabbing, Los Angeles Police Det. Lewis Lenchuk said.

The witness awoke to the victim screaming, Lenchuk said.

Vandebrooke was taken to a hospital where he was pronounced dead at 8:22 a.m., according to coroner’s records.

What led to the stabbing is unknown, Lenchuk said.

Chacon was charged Dec. 21 with one count of murder with an allegation that he used a knife, Ricardo Santiago, a spokesman with the Los Angeles County district attorney’s office, said in an email.

Before Chacon could be arraigned, a “doubt was declared” about his ability to defend himself, so he was sent to the mental health court.

Chacon is due back in court March 2 for an update on the mental health proceedings, Santiago said.

Do you have information to share about the life of Christopher Ian Vandebrooke ? The Homicide Report needs your help. Please fill out this form or e-mail us at homicidereport@latimes.com.

Share a memory or thought about Christopher Ian Vandebrooke

This is a tradgedy that could have been avoided. We need to bring back laws that encouraged Angelinos lacking proper housing and Angelinos experiencing drug problems to seek care and treatment. Not just allow a criminal element to thrive unchecked and ignored. A vote for Trump is a vote for law & order. Drug Diversion saved my life. Thanks former Mayor Riordan. Thanks former Governor Wilson. And God bless this defenseless, victim, who was probably sleeping at the time of the cowardly attack.

I knew Chris as they drummer for Engine Kid, and sadly I lost touch with him when he left the band. I am only reading about his mental illness and murder now that the albums have been remastered and re-released. I think it is touching that all of the proceeds of the albums are going to help with the homeless population in Los Angeles. He was such a cool drummer and such a cool person. I had no idea that a debilitating mental illness was in his future when I knew him. Listening to the records he played on is a great & lasting tribute to him.

Learning of his difficult life and horrible death is devastating. Our city and our country need to do more for mental health and homelessness. It is wonderful that this band is donating money to help, and that so many of us as individuals, but we need to elect Biden and a democratic senate so we can have meaningful federal programs.

Chris was my step-brother. I knew him as a teenager and as a young man. I did not know the man he became through illness. The Chris I knew was funny and sweet, talented and driven, and excited about life and what there was out there to be explored. I will remember him this way and be thankful for the time we had with him.
It is wonderful to read all the kind and loving posts about Chris. Thank you for sharing your thoughts and memories of him.
Amanda Gray - Edmonds, WA

Cris was a friend to alot of people including myself,though in the last 10-15 yrs i had not heard from him...he grew up in the pacific northwest and most of us remember him as one of the most incredible street skaters in seattle area,i last saw him at burnside skating,i didnt know it then but now i look back and will always cherish that memory of my friend doing what he loved,skating...rip vanderbrook

Chris was so sweet and caring, talented and loving. He was very loved by his family. I'm sorry that was not enough. Mental illness is awful. He is at least free from that not.
Love you Chris!
Lianne
(step-sister)

Chris was a creative musician, respected skateboarder, an artist at heart and a precious soul.
His unhappy days are over but his friends are sad he's gone.

A great dude. I drove my buddy Jef back to SF from Denver CO. Chris was a successful professional back then and let us crash at his place when we got into town. He was nothing but a super nice and hospitable guy.

Cargo AKA Chris Vanderbrooke was a sweet soul on a painful and beautiful journey. He will always be remembered.

Chris was a powerful light in this world, horribly affected by mental illness. He always had a knack for making you feel like the most special person in the world. I've missed him dearly for years, and to hear of his passing this way is beyond heartbreaking. I love you, Chris. You will always be dear in my heart.

Before Chris's mental illness, he was one of the brightest and most successful friends I'd known. He was in some of the coolest Seattle bands, such as Engine Kid, and was one of the most influential skateboarders in Seattle during the late 80's and through the 90's. He was a great friend, super funny and had a great personality. He was always the person at the party everyone wanted to be around. Had you run into him in the past 10 years, you wouldn't have know he was once a successful tech professional, who had invented tricks on his skateboard and has global respect as a musician. Mental illness is horrible and can dim even the brightest stars. Chris was one of the greats.