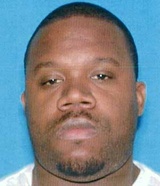 Clark Quinton Hubbard, a 31-year-old black man, died Friday, Dec. 12, after he was shot in the 13000 block of Crenshaw Boulevard in Hawthorne, according to Los Angeles County coroner’s records.

About 11:30 p.m. on Dec. 11, Hubbard was walking to his car in the parking lot of the King Henry VIII nightclub when he was approached by a gunman who pulled out a gun and fired at him, according to a news release from the Los Angeles County Sheriff’s Department.

Hubbard was taken to a hospital, where he was pronounced dead at 12:08 a.m. on Dec. 12, said Ed Winter, assistant chief of investigations for the coroner’s office.

Do you have information to share about the life of Clark Quinton Hubbard ? The Homicide Report needs your help. Please fill out this form or e-mail us at homicidereport@latimes.com.

Share a memory or thought about Clark Quinton Hubbard

I love and miss you. I haven't changed a bit on people. You were right. You said you'll see. Trust me I see now. The lies, the fake, and the untrustworthiness. I always pray in stay in my own lane. I wish you were here especially see and hear all the bull. SMH

Hey little brother..I stopped by to let you Kno I miss you and I love you guess what them snakes still out there..can't be trusted

Its my birthday bro...i hate it tho its not the same at all i love you and i miss you

It's a dirty game...the crazy part is that the ones you helped saved and etc...still couldnt be a man in come say nothing at all...I always told you they dont love you they only love what you can do for them...how can they sleep knowning this is on there brain knowing they help took a friend, true brother and father away from those who truly loved him I now have to go to forest lawn to visit you and I wouldve rather see yoi in the flesh im here by myself with nothing I'm truly lost out here n these streets I miss you and love you BROTHER with everything in me

I just wanted you to know that I was thinkn of you...I miss you bro to deaf as I sit here with teats rolling down my face and looking up at the sky still asking why...all I want is a sign im so Lonely here without you I know u feel my emptiness I just need for u to continue watching over us the ones who truly love you and guide is the right direction I love you bro lord knows I do....I just wanna wrap my arms around u and tell you I love u unconditionally with my soul junior I love and miss u continue to come to my dreams so we can talk again it's hard to smile

They say that time heals all wounds... Well time has only made me miss you even more. Although I wish you were still here with us, you made the transition that we all must make. Lord help me/us. Love you Jay...

I miss you so much dude...I come here everyday in look at your picture and I always say I love you and miss you #fifshitserious #mybrother #ineedclosure

1year has gone bye....geesh I cant believe how time goes by so fast. JUNIOR im still here bro im not going nowhere. It's crazy I miss you so much. I love you man always and forever! I miss hearing your voice, hearing and seeing your smile. One thing I can say is I visit you all the time but thats not enough. I wont and need closer. Guess thats true " what goes on in the dark, stays in the dark" I love you, I love you and I love you

They took a father, a brother, a son, a nephew, someone that mean so much to us. I love you cousin and i will never forget you at all, No matter how distant we was with eachother the love never seperated. You were not only a cousin but a BIG brother and i don't seek for revenge. But, whats done in the dark will come to light, and i will never forget you ! I love you cousin

I will miss you Clark Jr. I remember you walking in Lighthouse on Sunday and how Momma Cora face would just light up... Everyone loved you there and your lost was devastating for myself and the lighthouse family. I remember you used to always bother me in church to and we would playing around and getting in trouble by your dad and mines... I am going to miss you and as I seat here today I can not believe you are gone.... I cannot believe that someone so loving and caring would be taking away by some coward.... Whoever took your life they don't know the whole they left in so many people heart.... I pray there is justice and closure for your family and especially your beautiful little angels you created...
Peace & Blessing Fam

I wanted to take the time out to thank everybody for pouring out there hearts and showing so much love to my brother. I know he is looking down in smiling at us all. But if you know are seen anything i mean anything please reach out to me or the number above no one will never know. I need closer our family needs closer. Once again thank you

I can not believe im writing this in honor of your memory! I am so sad that you are no longer with us in the flesh. I will always cherish our many memories and the family bond that we shared. Even though we are not blood , we always treated each other like cousins! I will never forget you , I am holding back tears as I write this. I just knew when I came back home to visit we would be back joking and clowning like we use to! This is so crazy! Do to me being out of state I couldnt make it to your funeral , but I heard our guy held you down the right way! I love you so much J.R. May your soul rest in peace.

Good homie man, full of jokes, life,laughter, and silliness, didn't believe it, and it's still hard to fathom, ...crazy , May God be with u bro...

Good homie man, full of jokes, life,laughter, and silliness, didn't believe it, and it's still hard to fathom, ...crazy , May God be with u bro...

Besides God, You were my everything. My soul mate, best friend, My Rock! From the first date we had, I knew you were something special. Over the years, you proved that to me. I wanna thank you for loving me the way you did. You showed me new things that I couldn't experience on my own. The bond we had was unbreakable and no matter who says what, It still is. You were my J and always will be. As for our daughter, I have pictures, videos, and a lot of memories to share with her. It saddens me that she will never know how silly and loving her daddy really was. Thank you for leaving me a part of you. Justice will be served for you. Not only that, we served a good God together. I know he's got you. To be absent from the body, is to be present with the Lord. Rest well baby. I hope that when its my time, you will be right there waiting for me. Until then watch over our family. The boys love and misses you as well. Love always, your T

I just wanna say to my brother am going to miss you. I know your in heaven watching over us like you did when you were here. Brother i miss you. My heart is heavy i still call your phone hoping that you would answer it. I'm lonely without you. I hope in pray everyday i find justice for you. So you and I can sleep well at night. Junior I Love You and always will your only sister Drena Team as you would call me ( tears )