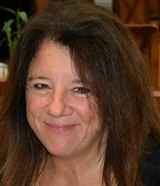 Connie Annadell Cajulis, a 53-year-old white woman, was fatally stabbed Tuesday, May 24, in the 7100 block of Shadow Ridge Court in West Hills, according to Los Angeles County coroner’s records.

About an hour earlier, authorities had responded to an accident with a vehicle that matched the description of Cajulis’ vehicle.

Police said a 16-year-old who was living with the family stole the vehicle then crashed it nearby. Steven Paul Main has been charged as an adult.

The 16-year-old had some difficulties, and Cajulis' family had allowed him to stay with them for a few months.

Main pleaded not guilty to a murder charge May 26 and is due back in court June 24, according to the Los Angeles County district attorney’s office. Main is being held on $2-million bail.

Cajulis was active in her community and was a secretary at Calabasas High School and director of the snack bar for the Calabasas Coyote Football Booster Club, KABC-TV reported.

Cajulis is survived by two sons and her husband.  One of her sons attended Calabasas High School.

School district officials offered counseling for students and staff. “We ask the school community to join us in keeping the Cajulis family in our thoughts as they face this incredibly difficult time,” the district said.

Do you have information to share about the life of Connie Annadell Cajulis ? The Homicide Report needs your help. Please fill out this form or e-mail us at homicidereport@latimes.com.