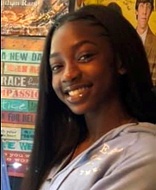 Dalelaja Francis Denise Hearn, a 17-year-old black girl, died on Saturday, Dec. 15, after she was fatally shot in the 20300 block of Alvo Avenue in Carson, according to Los Angeles County medical examiner-coroner records.

Hearn, a high school student, and her friend, 19-year-old Erin Kayla Lavender, a softball player at Compton College, had gone to a vigil in a residence that evening to honor a male friend who died a week earlier from what appeared to be a drug overdose, Los Angeles County Sheriff's Lt. Brandon Dean told The Times.

Shortly before 9 p.m., the young women got into their car, which was parked in front of the residence. As they were preparing to leave, someone began shooting into the car, Dean said.

A dark-colored SUV was seen leaving the area, but investigators don't know if it was related to the shooting or if the shooters were on foot, Dean said.

The cause of death for both was listed as gunshot wounds to the chest.

Investigators don't have a motive for the shooting, Dean said.

The Los Angeles County Board of Supervisors approved a reward on Tuesday, offering $10,000 for information leading to the arrest and conviction of those involved in the shooting. The Carson City Council is expected to consider a similar reward at its meeting on Tuesday, according to the city clerk's office.

Dalelaja was a resident of Fresno who was visiting Lavender in Los Angeles to attend the vigil, according to an article in yourcentralvalley.com.  She was a cheerleader and senior at Hoover High School scheduled to graduate in June, her aunt Litisha Macon told the news site.

"She was just a fun-loving spirit," Macon was quoted as saying. "She loved to dance, have fun, play video games with her cousins.... She was just a regular teenager."

According to an online fundraiser to raise money for her family, Dalelaja "loved to cheer, sing, dance and do hair," and "had dreams of going to college to earn her cosmetology degree in the hopes of opening her own salon."

Share a memory or thought about Dalelaja Francis Denise Hearn

Dalelaja was my best friend. I can’t believe this happened to my favorite person especially after I was just with her on Saturday December 14, 2019. Everyone needs a friend like Dalelaja in their lives. Dae Dae had such a fun and lovely personality. I love and miss her so much. I’m going to miss our FaceTime calls, and whenever DaeDae and I would be on the phone it was nothing but laughing, jokes, memories, or relationship problems. I remember just on Saturday when we were on FaceTime she saw my dog and said “eww look at that ugly rat”, all that changed when she came over to go my house to do my hair Saturday morning. When she walked in my house I hugged her and we talked until it was times for her to leave. When she seen my dog she looked at me and said “If you really look at her for a long time, she’s actually cute in the face.” It’s crazy knowing that the number 1 person I tell everything to is no longer here to comfort me when I need her. Dalelaja baby I want you to know that I love you and I’m so grateful for being able to call you my best friend. You helped in so much situations I didn’t even have the strength to handle on my own. I never had a friend that’s just like me until we met. Thank you for blessing my life with your presence and existence. I love you forever Dalelaja.