About 9:30 p.m., Long Beach police responded to the area of Anaheim Street and Walnut Avenue about shots fired at a nearby liquor store. Officers found Som and three other men with multiple gunshot wounds.

Police believe Bunthung and Som got into a fight at the liquor store with several other people, which escalated to a shooting, according to a news release. The suspects then fled the store.

Detectives later identified Morris Om, 30, and Savanna Sok, 30, as suspects. Om was arrested Oct. 26 after patrol officers spotted him driving a silver Lexus in the area.

All three were all charged Oct. 30 in relation to the slayings. Om faces two counts each of murder and attempted murder.

Brenda Sok and Tiffany Som were both charged with one count each of accessory of murder, according to prosecutors.

Officers are still looking for Savanna Sok and his girlfriend, who they believe fled to the San Bernardino area. Sok is believed to be armed and dangerous, according to a news release. Police did not release the girlfriend's name. Police have released security footage from the scene of the Oct. 10 crime to help identify Sok, as well as an image of his girlfriend. 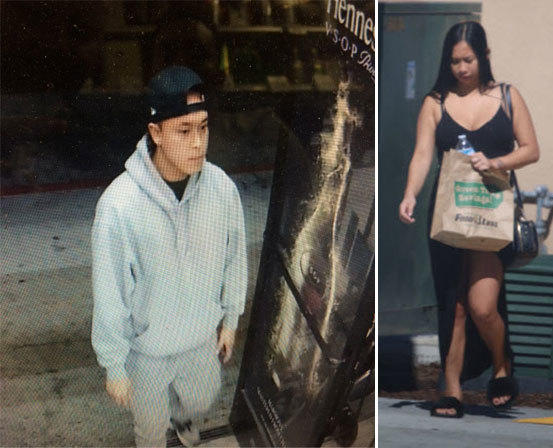 Photo: Savannah Sok and his girlfriend

Do you have information to share about the life of Dallas Tai Som ? The Homicide Report needs your help. Please fill out this form or e-mail us at homicidereport@latimes.com.

Share a memory or thought about Dallas Tai Som