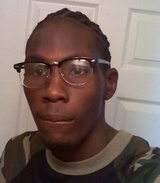 Darryl Lamont Geeter, a 22-year-old black man, was shot and killed Sunday, June 26 in the 800 block of West 105th Street in Vermont Vista, according to Los Angeles County coroner’s records.

About 8 p.m., Geeter was walking east on West 105th Street when a silver sedan pulled up from a nearby alley, Los Angeles Police Det. Nathan Kouri said. A person jumped out of the car and shot Geeter, who was pronounced dead at the scene at 8:13 p.m.

About 30 minutes later, Mark Le Roy Tyree Jr., 15, was killed in a drive-by shooting in the  1300 block of West 92nd Street, according to the Los Angeles County sheriff's department. The suspect vehicle was described as a dark, possibly primer gray sedan.

Kouri said it’s unknown whether the two incidents were related.

Share a memory or thought about Darryl Lamont Geeter

My brother didn't bang and he was no where near involved with anything the streets had to offer. His death, and many other nonaffiliated victims of gang violence aught to be a wake up call that these hoods need to politic on ways to avoid senselessly killing innocents and causing unnecesary grieving

Darryl was a good boy, he was not involved in gangs. All he did was take care of Dogs, Make Beats for music, DJ, and Help others.. He was just walking to the store to get a Beer so he could relax on a Sunday.. We miss him Everyday.. He has 3 other brothers all same initials we affectionately called him DG3. He is truly an Angel in heaven watching over us..