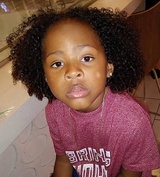 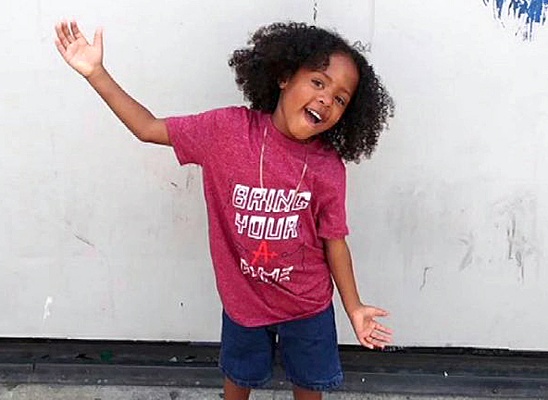 Dayvon Taylor, a 6-year-old boy, was pronounced dead on Thursday, Dec. 26, after he was "severely beaten" in a Downey apartment, according to a news release from the Los Angeles County district attorney's office.

Tyler D'Shaun Martin Brand, the boy's 23-year-old godfather, was charged with murder and assault on Dec. 30 in connection with the boy's death, according to the release.

Dayvon, a first-grader at Normandie Avenue Elementary, had been in Martin Brand's care for "several days" over the holiday break, according to the news release. The boy was pronounced dead at St. Mary Medical Center in Long Beach the evening of Dec. 26.

Downey Police investigators have released only a few details on the case and put a security hold on the autopsy results, meaning they can't be released to the public.

According to jail records, Martin Brand, described as 6 feet 3 inches tall and 250 pounds, is the program supervisor for the Los Angeles Unified School District's Beyond the Bell after-school program, a district spokeswoman told The Times on Dec. 28.

Family members told The Times that Martin Brand worked at Dayvon's school, where he was known as Coach Ty.

Dayvon's father, David Nicholson Jr., said he and the boy's mother separated four years ago. When he went to drop off presents for his son and 4-year-old daughter on Christmas Day, his daughter was home, Nicholson told The Times, but the boy's mother said Dayvon was with "Coach Ty."

The next day, Dayvon's mother called his grandparents to tell them he was at the hospital, unable to breathe, Nicholson said. When he got to the hospital, a police officer took him aside and told him Dayvon had died, The Times reported.

"My heart just fell," Nicholson said. "I couldn't breathe. No matter how many kids you got, it's a piece of you."

When he was at the hospital, Nicholson said he was not allowed to touch his son’s body, which was laced with tubes and propped up with a neck brace, “because the body was evidence and they didn’t want it tampered with,” The Times reported.

He wasn’t allowed closer than 10 feet, but even from that distance, Nicholson said, he could see lacerations on the boy’s chest, possibly from a belt.

Nicholson said his ex made it difficult for him to visit with his children. He said social workers removed his daughter from her mother's home after Dayvon's death and put her into his care.

Family members described Dayvon as a ball of energy who was beloved by his many cousins and classmates and liked to play the online video game Fortnite. He was sharp, his father said, capable of carrying on conversations with adults.

“You wouldn’t believe he was 6 years old, how smart he is,” Nicholson said.

Martin Brand is being held in lieu of $2 million bail. His arraignment was continued to Jan. 16 in Room SEJ of the Los Angeles County Superior Court's Norwalk Courthouse.

Photo: An after-school program coach has been charged with murder in the death of 6-year-old Dayvon Taylor, here mugging for the camera in a family photo.

Wow my little brothwr... And i regret gwtting loked up but im out and doing better for u bby bro my mom and i were cery defastated and its sad that we as a family fod not know that he was in care of a horrible mab and its also sad becauae dayvone was my lil big broher he made me smile and tge sad part is i never got to see him before tgis tragedy and it will always fuckin stay woth me r.i.h day day ill be up tgre soon wit u and hopefully we can talk about yourube and how we used to talk and prank mom kenya said she loves u aka momma we always speak of u to remember u and show rhat we still will keep u here with us no matter what

Dayvon Taylor you will never be forgotten. I didn't know you personally but I love you little man. Ill see you in heaven !!!

This is terrible,i have a little nephew that age. Rip little angel🕊🕊🕊🕊

I will be glad to spend my tax dollars to keep this guy alive in the system and let him get what he deserves every single day for the rest of his filthy worthless life! You are a monster and you are an animal. You will pay in ways you do not know for you want you have to that sweet little boy, here and in the afterlife. Better drop on your knees and pray, yo!

If the kid was getting on your nerves take him to somebody and you are not supposed to put your hands on kids like that and you will be dealt with severely in either the county jail or prison .

Only a Evil person could hurt a innocent child. This man if he is found guilty needs the death penalty. I will praying for this baby's Family

That coach was involved with the mom. I hold her responsible for his death as well. DPS removed the daughter from the mom and gave her to the dad after this incident. God please comfort the families of Dayvon.

RIP little man. You deserved a better life than that. They say heaven is always in need of angels. None should be your age. Blessings and condolences to his family.

This is truly sad for this younger 6 year boy to be taken away so soon. He want even grow up to get a chance to enjoy his life on this earth. My condolences goes out to this family.

What a sad story.
What led this monster to kill this boy?

This breaks my heart so terribly sad. What in the world was this MAN allowed to be around children for. Did they not conduct a complete background check on this guy. He won't live to see Spring once those inmates get ahold of his disgusting butt. Rest in Peace little one. My condolences to the family. May God comfort you during this time of need.

This baby was beaten to death by his school coach this is such a terribly tragic ending for this child and his family my prayers and condolences are with the family...