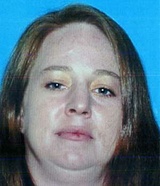 Deborah Ann Treptor, a 35-year-old white woman, was fatally stabbed Thursday, May 15, in the 1400 block of East 109th Street in Watts, according to Los Angeles County coroner’s records.

Shortly before 1 a.m., Treptor was found with multiple stab wounds by a fellow resident of the transitional housing center where she lived, said Los Angeles police Det. Sal LaBarbera.

Treptor was taken to a hospital, where she was pronounced dead at 1:22 a.m., said Ed Winter, a coroner’s spokesman.

Treptor was in an ongoing dispute with her boyfriend, Mark Anthony Little, a 50-year-old black male.

Little had moved out of the home two weeks ago because the two were having relationship problems.

That night, Little allegedly went to the home, asked for her, then went into her room and stabbed her multiple times, LaBarbera said.

Little was arrested on suspicion of murder the same day.

Share a memory or thought about Deborah Ann Treptor

To Mr. Albert Buck - I am so glad that the jury you served on got it right!!!. You did not know Deborah, but despite everything she had done in the past - she was a good person with a good heart. I am the legal guardian for her first two born children (my great niece and great nephew). I had tried for years to locate her to no avail. It wasn't until May 7th that I saw she had a facebook page. Unfortunately, I didn't act quick enough in contacting her because that evil person, Mark Little, decided her fate. I am sure serving on a jury for this type of trial was not an easy, having to view the crime scene, etc. God bless you and the other members of the jury. I am sure that Deborah can rest in peace now. Thank you. Audrey

I served on the jury for Mark Little's trial for this crime. He was convicted today 06/12/15 on all counts concerning Ms.Treptor.

It's been almost six months since you left us and I try to get over it and move on with my life ever single day, but I just can't. I wish I could but I can't. I hope I am making you proud I love you Mom. RIP (Rest In Paradise).
Love,
First born, Destiney

Destiney,
I sent you am email. Have you received it? I will help you the best I can. I too am having a difficult time coming up with something to say. I love you!

So, so sad that life was taken from her when she was just learning how to live it. I know given the chance she would have made different, better choices. I pray she has found peace and can see how much she was loved.

Thank you for your post. I am Debbie's father and it does my heart good to know that she was going back to church and had accepted our Lord and Saviour. I pray that her faith fortified her at the time of her passing. I am sure that she found peace and comfort in the home of the Lord, along with her grandparents.

I am glad to hear you say you loved your mother. I do know that she loved you and Tielor very much. I am glad that you will be at her memorial service and that you would like to speak. Please feel free to reachout to me at dtreptor@comcast.net.

For those that don't know. Debbi started to come to church weeks before she went on to be with the Lord. I met her thru her room mate, and on one Sunday morning service after my message I asked if anyone wanted to accept the Lord into their heart as their personal Lord and savior. I remember distinctly that she raised her hand, and came up for prayer after. I believe what the word of God says. To be absent from the body is to be present with the Lord. Her passing hit me hard… I saw her on Saturday, and she told me she need to speak to me. I told her that i would see her on sunday morning, but that the last time I had a chance to to speak to her. I find comfort in scripture and have a promise that one day I will see her again. I thank God for the time He gave me with her. God bless...

To Betty Jefferson - Thank you so much for helping Debbie. It is good to hear that she was trying to pull herself together, and so sad that she could not reap the rewards of her efforts. She was a lost soul for a long time. I believe her spirit is now in a place where the hardships are replaced by peace and understanding.
Dear Destiney - Please keep your faith and know that you are, and always have been, loved very much. Unfortunately, there will always be things and circumstances that are beyond our understanding in this world. Keep your thoughts and actions positive and know that, in her own way, Debbie did love you. As horribly painful as it is now, time and communication does help. Anytime you need a hug or to talk, let me know. Love you.

May Debbie rest in peace.

This homicide seems interesting enough to warrant a story about it.

Heidi,
Would you mind talking to me about her I would like to speak at the memorial and trying to write a eulogy is kind of hard to do especially when you don't know too much about the person. I loved my mother and I know for a fact that she loved me and speaking at her memorial is the least I could do. You can contact me at des.teeney2015@gmail.com
Please and thank you.

I'm so sorry that this is how you found out about your mother. It's a hard pill to swallow for any of us. I pray that you keep forgiving Debbie. And I pray that you can heal just like the rest of us. I love you baby girl and I'll always be herefor you!

To my dear friend Debbie i was trying to find u so u can come back home to New Jersey. I heard the news and it hurted so bad sorry u r gone to soon but never forgotten. I miss ur presence. Until then see u n paradise. My sister from another mother. Much love.

Debbie, we hadn't been in contact for a very long time till recently(April 21) when you contacted me on FB. I was so happy to hear from you, the few chats we had, you connecting rest of your family...we were so happy an then that scumbag, POS took you away from us, you are and always will be my niece Debbie. Give mom-mom hugs for me...RIP DEBBIE GOD BLESS YOU! I pray that Mark gets life, no parole, he doesn't deserve to live tho!!

All my life I wanted to tell you off for what you did to me and my brother I hated you with all of my being and now that you're gone all I can do is cry, something I thought would never happen over your grave. Where you may have made some bad choices we aren't perfect and I forgive you mom.

My heart goes out to the family. She didn't deserve that. It's obvious she cared for him because she let him in the house. You never know what time will bring sometimes it brings the relationship back together. He had issues..

Debbie - even though you had your struggles throughout your life and did not always make the best choices, you still had a good heart. I remember our many conversations when I would pick you up and the laughs that we shared. You did not deserve this happening to you. I pray that your are in God's arms now with comfort and peace. RIP Audrey

My friends known the couple and my friend told me that the boyfriend was tell people he was going to kill her. And no one tool him serious. His family said he was sharpening knifes no one took him serious.

My Dear Debbie, I pray you are in Jehovah's book of remembrance (John 5:28,29). I will see you in Paradise, a peaceful New World where we will resume your Bible Studies with no more interruptions, no more death or tears. That is God's promise at Revelation 21:3,4.
You are truly missed my dear.
Love,
Betty Jefferson

My oldest sister! What do I say? You're very much loved and missed ny everyone who knew you! You had some trouble in your life but I fully believe you were on the right road. You were going to go home and surround yourself with those w who live you. Words will never express just what I feel or how anyone feels. I'm glad they were able to catch Mark. He deserves to rot! I love you!!!

So many memories just keep going thru my mine. From playing in the rain, our girls night with Devon to getting our nails done. They just keep coming. We had a lot of good times. You will be missed by so many family and friends.Rest in peace Debbie. I love you.

Although in this life Debbie made some bad choices, she had a good heart! Did not deserve to die like this. I pray that in her afterlife she can find the happiness and love she was looking for.
RIP