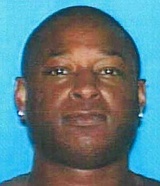 Delray Yarbrough, a 38-year-old black man, was shot and killed Sunday, March 8, in the 11900 block of York Avenue in Hawthorne, according to Los Angeles County coroner’s records.

Shortly before 9:15 p.m., Yarbrough was standing on the sidewalk with his sister when they were confronted by two black men, according to a news release from the Los Angeles County Sheriff’s Department.

One of the men pulled out a gun and opened fire, then the men got into a vehicle and fled south on York Avenue.

Yarbrough was taken to a hospital, where he was pronounced dead at 10:03 p.m., according to coroner’s records.

Do you have information to share about the life of Delray Yarbrough ? The Homicide Report needs your help. Please fill out this form or e-mail us at homicidereport@latimes.com.

The man! Was like a big brother to Me was hurt for my best friend I was so in shocked I end back in prison facing 67 to life. But my man's scarficed his life for the birth of my beloved son David Eugene Brooks 4th. Thanks friend for that soul my son recived. You are 4 ever my brother. R.I.P ( Drop out)

Are the suspects known. I pray that his family and friends find peace. Rest in Peace black man

I did not Know you but WE share a bond ...because my last name is also Yarbrough..r.i.p mr Yarbrough

Here's an article NBC ran on the victim - http://www.nbclosangeles.com/news/local/hawthorne-fatal-shooting-sidewalk-man-killed--295586511.html