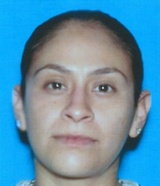 An 18-year-old Latino man was arrested and charged in the shooting of Desiree Veronica Ramirez, a 31-year-old Latina, in Mount Washington, according to the Los Angeles Police Department.

Alexis Madera was booked on suspicion of murder Aug. 11, the same day as the shooting. His bail was set at $1.2 million.

Madera was formally charged and is scheduled to be arraigned Sept. 8.

Police responded to a call about a shooting before 3 a.m. Aug. 11 in the 3200 block of Isabel Drive. Officers found Ramirez inside her car with a fatal gunshot wound.

Madera was one of four people initially detained after the killing.

Do you have information to share about the life of Desiree Veronica Ramirez ? The Homicide Report needs your help. Please fill out this form or e-mail us at homicidereport@latimes.com.

Share a memory or thought about Desiree Veronica Ramirez

Desiree was a beautiful person inside and out.This shouldn't of happened to her.I still can't believe she's gone.I think about her 2 kids.I hope whoever did this to her pays the price to the full extreme.God Bless you Desi.You will never be forgotten.I'm so sorry this happened to you.Much love.

I miss you everyday sister and that incredible smile 😊