South L.A. teenager is recognized for bravery after her mother was killed by a stray bullet 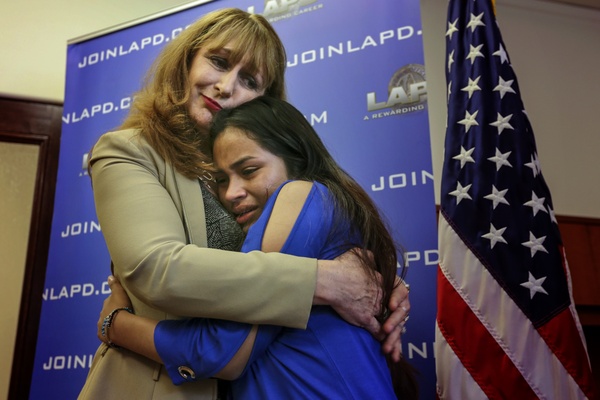 Barbara Minton didn’t know something was wrong with one of her students until months after the shooting.

Before class on a Monday morning, the English teacher at Thomas Riley High School in Watts saw Emily Cordero watching a video on her phone with other students.

It showed footage of the killing of Emily’s 39-year-old mother, Dianey Santos, part of a news story about the teenager seeking justice.

“When she showed me that, my heart just broke,” Minton said.

On June 17 at 9:30 p.m., Santos was waiting for a bus at South Broadway and West 83rd Street in Florence when she was struck in the head by a stray bullet, police said. The housekeeper died three days later, leaving behind two daughters and a grandson.

In the months since, Emily, now 16, has set up an online fundraising account for her mother’s funeral. She helps her godmother take care of her younger sister, Melisabeth, 9, while raising her own 1-year-old son, Joel. She has appealed to the public in front of television cameras more than once to persuade people to speak up and help solve the case.

Emily also hasn’t missed a day of school, a feat for which she was honored in Watts on Wednesday, when she was presented with a certificate of recognition from the city for her “bravery in the face of adversity.”

“Emily just continued to be engaged in being alive,” Minton said. “A lot of kids, in the face of that, they shut down and they withdraw.”

Los Angeles Police Det. Shawn Svoboda was called to the shooting scene that night in June and became the investigator in the case. Svoboda took Emily and her sister to the hospital to see their mother, and he was there when Santos was taken off life support.

As he continues to investigate the killing, Svoboda said, he keeps in touch with the girls and calls about twice a month to check in.

“This one is definitely close to my heart,” Svoboda said. 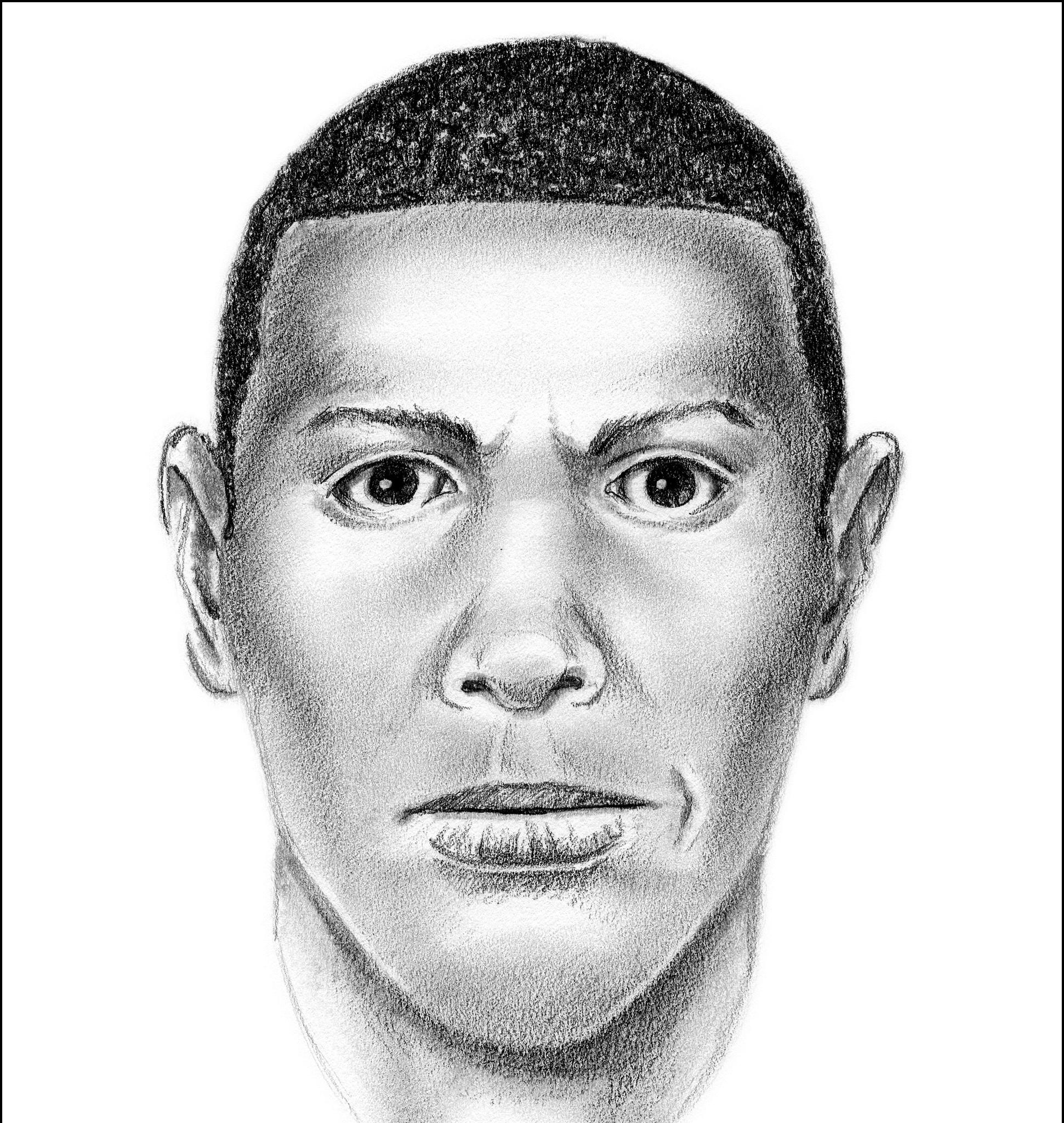 Police believe there were witnesses to the shooting who aren’t coming forward. Before Santos was shot, a man fired a gun at another man he was chasing. The man who was being chased has been identified by police but hasn’t been cooperative, and authorities want more witnesses to come forward.

Police have released a composite sketch of the suspect and continue to hope that a $50,000 reward will inspire people to come forward. So far, the only description is a black man in his 20s, Svoboda said.

“People are scared because it’s a gang-related shooting,” the detective said.

On Wednesday, tears streamed down Emily’s face when she spoke to reporters. As she waits for answers, she said she thinks of her mother in everything she does.

“My mom wouldn’t want me to stop my future,” she said.

I didn't know the lady but the story is one of many thats sad. I'm personally sick of hearing how gangs feel they have an right to take innocent lives wreck famlies wreck lives because there lives are wrecked and messed up I think all gang members should be rounded up and done away with or lock them up throw away the key all together and let them take one another out untill none is left .

It is a sad story, yet inspiring. It shows strength and perseverance by Emily Cordero. It is important to focus a little more on children left alone by parents' deportations. There are thousands of teenagers in the same situation, caring for their young siblings alone, and going to school.