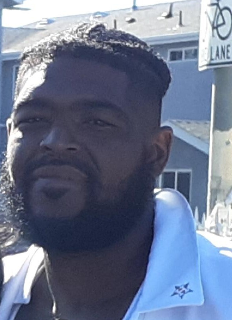 Dijon Durand Kizzee, a 29-year-old Black man, was shot and killed by law enforcement Monday, Aug. 31, in the 1200 block of West 109th Place in Westmont, according to authorities and coroner’s records.

About 3:16 p.m., two deputies from the Los Angeles County Sheriff’s Department’s South Los Angeles station were driving on Budlong Avenue when they spotted a man identified as Kizzee riding his bicycle in violation of a vehicle code, said Lt. Brandon Dean.

Kizzee then dropped a bundle of clothing he had been carrying, and deputies spotted a black handgun in the pile.

Deputies then opened fire, killing Kizzee. The Sheriff’s Department later said that Kizzee “made a motion toward the firearm,” before deputies shot him.

Attorneys for Kizzee’s family said he was shot at least 15 times. The autopsy is on a security hold with the coroner‘s office, preventing the report from being released.

A video obtained by The Times of the shooting shows a physical altercation between Kizzee and the deputies before Kizzee tries to get away and falls to the ground. At that point, two deputies open fire multiple times.

Kizzee was an unemployed plumber who lived in Lancaster and was in the area to visit friends. Kizzee grew up in South L.A. and later moved with his mother and younger brother to the Antelope Valley to escape the violence in the area.

“They moved to get away from the crime — a lot of gang shootings were happening,” said Anthony Johnson, Kizzee’s uncle.

After Kizzee’s mother died in 2011 from health issues, Kizzee was left grieving and trying to care for his younger brother.

When Rhodes heard about Kizzee’s death, she immediately recalled a good-natured man who put in extra work to graduate on time, studying independently after taking several hours of classes during the day.

“It’s hard to stay motivated, it’s hard to have hope, it’s hard to look forward when you’re incarcerated,” she said. “It takes a really strong person to say, ‘I’m going to keep my eyes forward.’ That was all of our students, and that was certainly Dijon.”

In the weeks before he died, Kizzee had been coping with more personal loss.

Kevin “Twin” Orange, a gang intervention worker, said he ran into Kizzee about three weeks ago in South L.A. while visiting the family of a man who had recently died. When Orange got to the family home, Kizzee was there and gave him a hug. The recent loss was one in a string for Kizzee, Orange said. Two other people that Kizzee knew had been killed recently in the Westmont community.

Share a memory or thought about Dijon Durand Kizzee

I never thought I would be seeing your name on the HR, Fatboy, man. I'm heart broken...smh. I wish we could go back to the days when we were riding around on mini bikes and cracking jokes on each other. The Bret Harte days...swimming at Manchester Park and Jesse Owens (before the gang members start running us off simply because we lived on the "other side" of Normandie. You had so much love in your heart for us. Your heart became so tender after your mom Regina died. You would cry out no where ALL THE TIME for her a d for my cousin. You even named your dog after him...smh. I just hate you didnt escape the madness that is so often our life in Westmont. I got the opportunity to travel a bit and it saddens me that the freedoms people have in other parts of the country couldn't be enjoyed by you and that was the right to keep and bear arms. Especially coming from where we do where walking down the street could be a death sentence. They didnt have to dog you like that. Especially that second deputy who rushed around the car to shoot while you were already on the ground and no longer a threat. It could've been someone more deserving like me. You weren't violent at all. I was. They say you pointed a gun at them but I know that isnt true. That wasn't even your style. I love you bro. You'll live forever.

@Rumor - 15 times. Those are the bullets that actually hit him. He was running away, he stumbled, and they starred shooting. How in the world can you justify that? So what about who he was or the lifestyle he led. That’s his life and his choices. You can’t imagine how extremely challenging and difficult this young man’s life was. I don’t care what he’s ever done wrong the point is that the police aren’t supposed to be judge, jury and executioner. They shoot because they know they won’t be held accountable.

@rumormill. I did not know Kizzee, but this I do kknow. When you Shoot and Kill someone by shooting them in the back 15 times and put a security Hold on the autopsy, something is very wrong. I can tell you made up that story about your brother. Do us all a favor and go back to your cushy little life and get off the homicide report with your false narratives. If you are going to be on here be honest.

This is truly sad how he got shot by the police. Even though I didn't know Dijon Kizzie, he didn't deserve to be killed by the police, and I'm getting sick and tired of this going on because this man didn't have a gun on him at all period- point blank. I'm truly glad that his family and other people are out there protesting in the community in this case. I saw this on the news and this was heartbreaking and my condolences goes out to his family. Sorry for your lost of your love one. Praying that justice will be served 🙏😍

Rumor has it he was still an active gang member out looking for trouble. We all read how this person was a ‘this or that’ and they left to ‘escape’ blah blah but deep down we all know the truth. I’m not justifying this mans death, while tragic, it probably prevented other violence.
And I am all too familiar with this type of incident as my younger brother was a trouble maker that ran afoul with the law and they shot him and now he wears a colostomy bag. And when the media came to interview my family, guess what, both my mom and grandmother both painted him as a ‘father who loved his daughter trying to turn his life around’ when in reality he was causing a ruckus in our neighborhood and his lifestyle caught up with him. Like the old saying goes; if you walk like a duck, talk like like a duck, and look like a duck, then people are going to assume you’re a duck and treat you as such’. Young men, both black and brown, need to realize this lifestyle is for the birds. It literally leads to two options: Death or Prison.