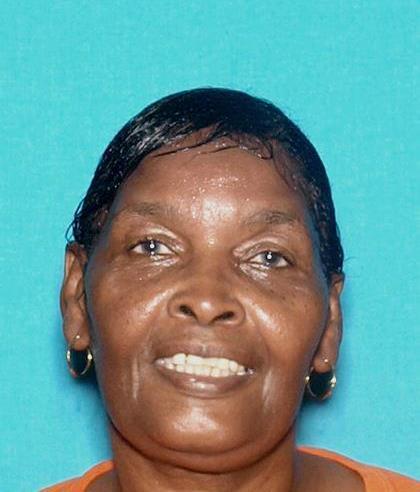 Dora Lee Dawson, a 64-year-old black woman, was shot and killed Tuesday, Oct. 8, in the 11700 block of South Crenshaw Boulevard in Inglewood, according to L.A. County coroner’s records.

Dawson was shot while attempting to protect her grandson, Datwan Henderson, 22, after he was confronted and shot in an apartment about 12:51 p.m.

Justin Marquis Scott, 19, Nguyen’s ex-boyfriend, has been charged with two counts of special circumstances murder and one count of attempted murder, according to the L.A. County district attorney’s office.

Dawson was taken to a hospital where she was pronounced dead at 1:46 p.m., according to coroner’s records. Nguyen also died in the shooting. Henderson survived.

Do you have information to share about the life of Dora Lee Dawson ? The Homicide Report needs your help. Please fill out this form or e-mail us at homicidereport@latimes.com.

Share a memory or thought about Dora Lee Dawson

Dora was my best friend from 2nd grade all through High School and after. We played together, we went to ES youth fraturnity meetings together and we played softball together. She was one of the best batters, played center field most of the time and was great. We lost contact over the years but she was always my best friend when anyone would ask. She will be greatly missed. May God Bless the Family. Carolyn