Two families grapple with loss of cousins in same night

Ron Roseboro dozed in bed Sunday evening while his wife did laundry.

He awoke to loud booms in rapid succession, almost like cannon fire. The couple hit the floor before making their way from the bedroom to the living room.

“Where’s Aaron?” Bonnie Roseboro asked her husband. She walked to the window of their second-floor Green Meadows duplex and looked outside toward the driveway. What she saw caused her to scream. 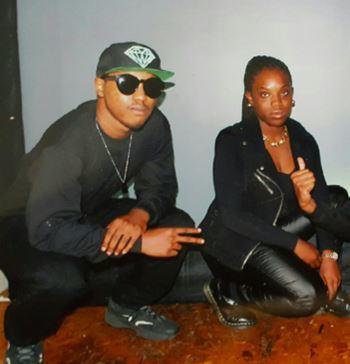 Ron Roseboro called 911, then rushed downstairs to find his 23-year-old son, along with his niece Shakere “Keke” Chambers, also 23, wounded and lying on the concrete.

Roseboro tried to move his son, and blood gushed from his side. He tried to apply pressure to the gunshot wound, while his 21-year-old son tended to Chambers.

Aaron Roseboro opened his eyes. “Help me,” he told his father. “I can’t breathe.”

Within minutes, paramedics would pronounce Chambers dead. Aaron Roseboro was taken to a hospital, where he also would die.

The killings have shaken the close-knit family. Neither Chambers nor Roseboro was involved in gangs, police and family said. The cousins were focused on music: Chambers rapped and wrote poetry, and Roseboro produced the sounds.

On the night of April 23, Chambers had parked her car down the street, and Roseboro was walking her inside.

During the week, as both sets of parents tried to process the deaths of their children, police canvassed the neighborhood and interviewed residents.

Authorities say a vehicle stopped at the foot of Aaron Roseboro’s driveway in the 400 block of East 116th Street about 9:40 p.m.

Two people got out and began shooting in the direction of Chambers and Roseboro, police said. The shooters then got back in the car, and it was driven east on East 116th Street.

Police think at least one other person, a driver, was in the car.

The cousins, less than two months apart in age, worked on their music constantly, their families said. More than once, Ron Roseboro found the two overcome by sleep in Aaron Roseboro’s bedroom, exhausted from a long night of writing music.

When doctors told him his son was dead, he couldn’t cry. “I want this to get out,” he said. “You can’t just kill innocent people.”

Aaron Roseboro, the third-youngest of four children, was quiet but funny. When he was in eighth grade, his father noticed he was avoiding the neighborhood kids and asked him why. They swore too much, the young Aaron replied.

“I just know he was a good kid,” Ron Roseboro said.

His interest in music deepened after taking a music production class in high school, and he would spend hours working on songs with his cousin.

Less than a week before the two were shot, they worked on a music video in Chambers’ Compton backyard. Her father, Fred Chambers, clicked through photos of the two on Tuesday, then played a song on his daughter’s laptop, slowly bobbing with the beat.

The two were aware of the dangers of the streets, Fred Chambers said, which was why Roseboro had gone downstairs to meet his cousin on the night they were shot.

“They would chaperone each other,” he said.

In Shakere Chambers’ room, she taped butcher paper with her goals and dreams to the wall.

She had lined up objectives for her upcoming EP, including thoughts on her image: clean, unapologetic and thorough. Chambers worked two jobs, one as a sales representative at Adidas at Westfield Culver City mall, and another as a crossing guard for the Los Angeles Department of Transportation.

On the wall above her bed read the words, “If the plan doesn’t work, change the plan but never the goal.”

Chambers graduated from Westchester High in 2012. She was editor-in-chief of the school newspaper and played varsity soccer and softball.

After high school, she attended Tuskegee University in Alabama before transferring to El Camino College in Torrance. The youngest of six, she once told her parents that she never placed a book on her shelf without reading it. “Little Women,” “Of Mice and Men” and “The Intelligent Investor” were among the titles in her room.

Sitting in the Chambers’ living room this week, Bonnie Roseboro shook her head as she thought about her son. She said the neighborhood has seemed more violent in the past year. Just over a month ago, police said a man shot and killed his estranged wife less than a block away. A memorial to the woman is still there.

Bonnie Roseboro said she knew the area had its dangers, so when her son decided to attend film school, his parents made sure he had a car so he wouldn’t have to take public transportation.

Fred Chambers and Bonnie Roseboro began to ponder what could have been. What if Shakere Chambers parked in the back instead of down the street? What if the Roseboros had never moved to the area?

“She had just left the house,” Fred Chambers said.

“He had just walked out of my room,” Bonnie Roseboro said.

May god be with the both families of the victims and I pray their souls Rest In Peace forever. Such a sad story that’s sounds too familiar in our community.

If you would like to hear their released music:

I send my deepest condolences to my West Coast family. I pray for your strength in these trying times. These two links will be greatly missed from the family chain. Love you all very much💞. Saundra Cobb

Wow! How tragic. My condolences to both families.

My condolences to the families involved. I would love to hear some of their music.