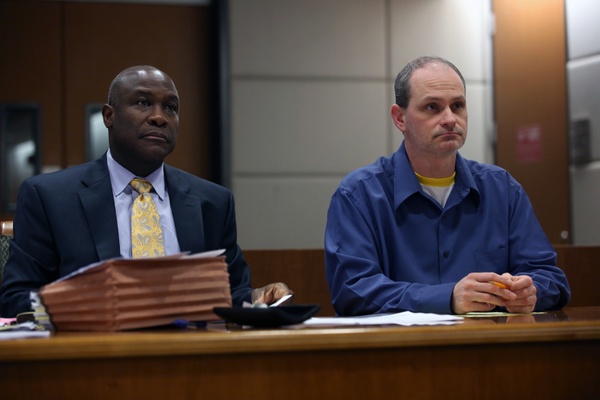 A Los Angeles jury convicted a 39-year-old white man on June 5 of deliberately driving his car into pedestrians on the Venice boardwalk in 2013, killing an Italian honeymooner and injuring 17 others.

Nathan Louis Campbell, a native of Colorado, was found guilty of second-degree murder in the Aug. 3, 2013, death of Alice Gruppioni, 32, an Italian tourist who was visiting California with her new husband, Christian Casadei.

Campbell was also found guilty on 17 counts of assault with a deadly weapon and 10 counts of leaving the scene of an accident, according to prosecutors from the Los Angeles County district attorney’s office.

Campbell faces up to life in prison when he is sentenced Aug. 5 in Los Angeles County Superior Court, Airport Branch.

During the trial, Deputy Dist. Atty. Victor Avila told jurors that Campbell was angry about a botched drug deal and wanted to run down a drug dealer when he got into his Dodge Avenger, jumped a curb and maneuvered past barriers to speed down the boardwalk.

Videos of the incident show a black sedan plowing through pedestrians on the crowded boardwalk. Witnesses said the car traveled in a zig-zag motion, as though it was aiming for victims, and moved through the crowd “like a train.” Another man testified that he caught a glimpse of Campbell's face and recalled seeing a "manic grin."

Defense attorney James Cooper argued that Campbell didn’t plan to kill anyone and was driving in an “S” motion to avoid hitting people.

“We’re very satisfied with the verdict and that he was held accountable on all counts— especially the murder of Alice Gruppioni,” Avila said.

Gruppioni’s family filed a lawsuit last year against the city and county, alleging that officials failed to provide adequate protection for pedestrians on the popular boardwalk.

Too bad we cant execute him. What a useless POS.