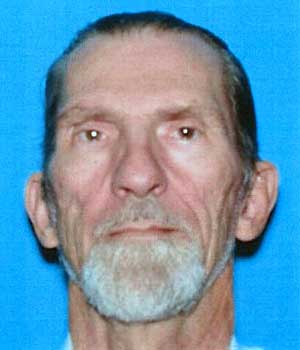 Earnest Dewitt Brannon, a 67-year-old white man, was found dead Sunday, March 9, after he was strangled and stabbed in the 1100 block of West 98th Street in Westmont, according to Los Angeles County coroner's records.

Deputies responded to a call about a dead body about 10:40 p.m. in a home in the area, said Lt. John Corina with the Los Angeles County Sheriff's Department. Rooms in the home are rented out to people with mental health issues, Corina said.

Investigators said Brannon got into a fight with his roommate in the home and was strangled and stabbed. The home had been ransacked, and there were signs of a struggle.

Brannon was pronounced dead at 10:43 p.m., said Ed Winter, a spokesman with the coroner's office. Toriano Benford, a 43-year-old black man, was arrested on suspicion of murder the next day, according to Sheriff's Department online records.

Share a memory or thought about Earnest Dewitt Brannon

Rev. Ernie was a good friend of our family for over 30 years. He spoke at my mother's funeral 10 years ago.We lost touch with him and I'm saddened to hear of his death. Rev. Ernie was a helper and would help anyone in whatever capacity that he could. God bless you Rev. Ernie!

I'm sorry to read about the loss of your loved one, but there is a wonderful hope for the future at Revelation 21:4 " He will wipe out every tear from their eyes, and death will be no more,...the former things have passed away." And at John 5:28,29 "all those in the memorial tombs will hear his voice and they will come out". The Bible gives the promise that death itself will be ended and gives the hope to see our loved ones again. I hope you can find comfort in this. For more about this hope please visit jw.org

That was a friend of mine grandfather and she was vefh upset. Its very sad people dont have the guts to give a damn anymore.