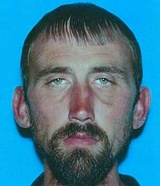 About 5:45 p.m., Everett was near North Avalon Boulevard and East F Street when he got into an argument with five people, according to a news release from the Los Angeles Police Department.

During the argument, one of the people pulled out a sharp object and stabbed Everett multiple times.

Everett was pronounced dead in a parking lot at 6:25 p.m., according to coroner’s records.

Fernando Cota, a 61-year-old Latino, was arrested in connection with the incident July 29, according to online Sheriff's Department records. Cota has been charged with one count of murder with a special allegation that he used a knife to kill Everett, according to the Los Angeles County district attorney's office.

Cota is due in court for an arraignment Aug. 14.

Share a memory or thought about Edgar Neal Everett

Its Jamey. I was Eddies older brothers friend. Both Eddie and his brother Michael had it rougher than i can ever imagine but they never complained just made a dumbass joke and moved on. I miss my friends. You only get one or two real best friends in life. u really dont know what you got till is gone. I think of Bob(Michael) and Eddie ever day sometimes a good one and sometimes like now it messes me up. I hope yall know you will always be loved. I miss yall. Bye guys. Oh yeah theres something in the gravy!!!

I just found out about his passing. I had no clue where he was, he up and left me November 2006.We were living in Johnson city Tennessee at the time up the road from whites grocery store in an apt. He was extremely abusive towards me, especially when he drank and mixed it with the adderall he was on at the time. We were living at the salvation army in Johnson city also at one time. We got married august of 2006 at worlds fair park. We did eventually live with my mom in Boones creek up from Johnson city. I had also talked to his sister Megan on the phone. He had me do a stupid English accent when I was talking to her on the phone. Any who, at least he is better off where he is, not living in hell on earth any more

My heart hurts...Edgars friendship and love helped me through hardship.
Its a tragedy his life was taken.
I will always remember you Tenn,
The time we spent together i will
cherish forever... lay with angels...
XO, Shell

I AM HIS SISTER! His parents are NOT dead, Marilyn!! Dont know where you get your made up stories!! He has only been out of TN maybe 3 years!!! Stop lying on my brother. He did not hop a train with anyone, he has not been homeless and our parents are ALIVE!! It's sad enough that hes dead but do not come on here and lie about my brother!!

I need to know if this is my half brother. I'm looking for him, the last I heard from him he was in California. I'm his sister from TN. Please someone get back to me.

tennessee i love and miss you and i wont ever forget u because you've always been there for me and now ur in heaven .always in my mind and heart wilmington aint the same without you 💙💙

Mayilyn,
You don't know if what was told to you was the truth...you don't know if your fiance and Edgar conspired to tell you and others a story. But what I want to know it what gives you the right to ask for anything? You do not deserve an answer. You are nothing in this story. As a matter of fact if Edgar's story were to be told you would end up on cutting room floor. So why not take your fiance that has a what 2nd grade education and turn around and teach him the truth from a lie. Because of those kids started jumping trains across the nation and you know as well as I do that they never went to school. So take the time to teach you man how to read and write before you demand documents and proof when you don't deserve them.

Obviously, anyone,who has been abused by family members, especially his own parents, any relative would fabricate a story to cover up! It was not my Fiance that told me this, but also Edgar himself!
.I had the opportunity to meet with Edgar myself, he (Edgar) also told me his parents were killed in an automobile accident! And did mention he lived with an aunt.

EDGAR, was known as Tennessee, Tennessee, said; by the time he was 9 years old he had reached a height of an adult!.
Maybe, his last school records, and last physicians report could verify his disappearance! I myself, would like to see his school records!

My Fiance, is not lying, because, one of our well known Minister's whom preached in skid-row, and who also Ministered in Wilmington, CA's, Missions, knew Brandon from when he was a kid!

Not only was this Minister, a Minister, he is an ex-actor, and both myself, and my fiance are in contact with him!

I witnessed many people whom were also homeless, say that these two friends have grown up, and say to Tennessee, how his height hasn't changed!

I believe their are cover ups, for you not reporting a missing file, since he was in your care!

Thank you Mark for being there for him. He is truly missed and loved greatly. God bless you.

The original posting by LAPD said 5 people were involved. They have the whole thing on a security tape. They often provide misinformation in searching for leads on a case. When they published the report they did not have the tape. Edgar was on the way to the mission in Wilmington and was killed by the same guy that stabbed him with an ice pick 10 months earlier.
Edgar was the type of person that would help anyone that needed help. He would also stick up for the homeless women in town and that made Fernando mad because he had a regular habit of beating on the homeless women here in town. This happened several times and Tennessee was the only one that was there to stick up for the girls.
He was a good man and will be missed by all.
Marilyn know what you are talking about before you post lies. You know not of which you are speaking of.

Dear Nira Ford,
Mariln's story didn't make any sense thanks for clearing things up. How could an 8 or 9 year old hop a train to California and survive all on his own??? People love to be part of the story, even if it is 3rd hand.

This is Edgar's aunt. Both his parents are still living. He did live with me a lot. My parents raised him from the time he was 8 mos. Old. He lived with his mom for a while when he was young, but his brother and he ran away from there to live with my parents again. Obviously you may want to question your fiancee. I know I would think twice about marrying someone who lied to that degree. Edgar left Tn in 2010. On a bus. He did not train hop. That's ridiculous. Please know what you're talking about before you get on a site like this and make a complete fool of yourself. Thanks and have a great night.

I was his Cousin Sarah. I was extremely close to him. He didn't move to California till 2010. He lived with my Mother which was his Aunt. His parents was abusive & cruel. But are still alive. Eddie took a bus to California for a girl. He didn't hop trains with your Fiance. He lived with me on & off the past 20 years. He is greatly missed. I love you Eddie. More than you know.

Edgar will be missed very dearly.

He was a boy who came to Wilmington, Ca, to settle in and make it his home.

Edgar's parents were killed in an automobile accident when Edgar was no more than 8 or 9 years old when he left Tennessee in route to California.

Leaving Edgar in the care of his aunt after his parents death
Edgar and a group of about four young boys of the same age decided to leave home and train hop trains traveling their way to California.

Wilmington, Ca, had been Edgar's choice to live, being that it reminded him so much of Tennessee, the very place he had lived previously.

Edgar remained homeless on the streets of Wilmington, Ca, for at least 15 years!

He was loved by all his friends, and will be missed.

All but him has passed away from being murdered or being found dead!

Wilmington, Ca, has become a stomping ground for serial killers!

We are finding more and more homeless people are dying on the streets of Wilmington, and LAPD, is so afraid to respond to 911 calls!

Wilmington, definitely needs the FBI in this City or Sheriff, because LAPD are failing to treat the Citizens in Wilmington with respect, and stop harassing homeless people when they are the ones being murdered.

Wilmington, Ca, needs to clean up the city and its game members!

Edgar, we miss you and will see you in heaven...

Man Edgar I miss u bro and im gonna remember all our good times my boy. U didnt deserve to die like that bro its hard to swallow knowing we wont get to kick it anymore. I luv ya Tenn. miss u so much bro cant wait to make it there so save me a seat bro cuz im coming home before you know it... R.I.P. Tennessee you are remebered bro.....