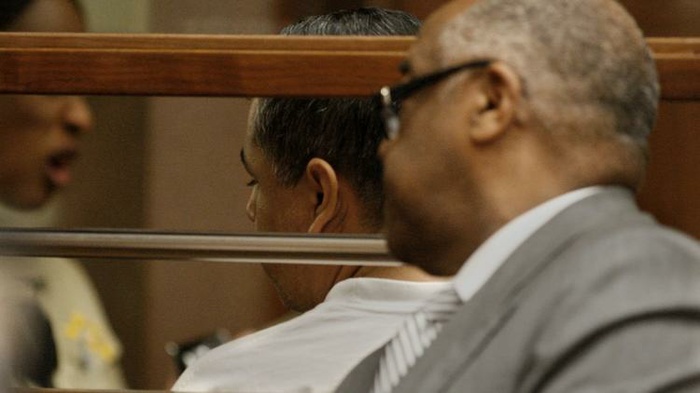 A defense attorney could not be reached for comment.

Gamez was a detective in West Hollywood and worked for the Sheriff’s Department for 17 years, but his career took a violent turn on June 17, 2012.

Authorities said Gamez’s then-20-year-old son got into a dispute with Armando “Cookie” Casillas, a well-known figure in Sylmar.

Gamez had lived for several years near Casillas before moving to San Fernando.

After the fight, Gamez’s son called his father, who furiously raced to the scene. From his car, Gamez confronted Casillas and another man and then fired two shots at the men.

Casillas, 38, was struck in the chest and died later that day. The other man narrowly escaped injury.

Gamez was relieved of duty the next month after LAPD detectives identified him as a suspect in the slaying. Several months later, he was arrested at his San Fernando home.

After the killing, neighbors along Beaver Street in Sylmar praised Casillas – an unemployed factory worker and divorced father of one – for being considerate.

"He was a sweetheart, and very generous," said Patsy Telles-Cabrera, who lived across the street from Casillas and his family for many years. "He would check in on my parents."

Just think...IF he had his magic blue suit on he would NOT be charged. Amazing isn't it?

Everyone loses here. Mr. Casillas lost his life, Mr. Gamez lost his freedom & Gamez Jr. lost his father. He will also have to live with the burden of knowing he was the root cause of all this.

"The fault, dear Brutus, lies not in our stars but within ourselves."
-William Shakespeare

5 years of freedom until he gets put inside? Justice delayed is justice denied. His son must be ashamed.