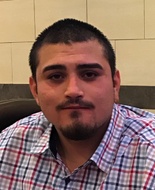 Francisco Javier Rodriguez, a 24-year-old Latino, was shot and killed Saturday, Nov. 24, on Plummer Street under the 405 Freeway in North Hills, according to Los Angeles County Medical Examiner-Coroner’s records.

Shortly before 7 a.m., officers from the Los Angeles Police Department responded to a call of a shooting and found Rodriguez in a tent under the freeway, suffering from multiple gunshot wounds, police said.

Rodriguez was pronounced dead at the scene at 7:18 a.m., according to coroner’s records.

It is unclear why he was in the area. Police said he was transient, but his family said he lived with his parents.

According to police, a man described as a heavy-set Latino got out of a silver or gray sedan, opened the tent and shot Rodriguez. The man then got back into the car and fled.

The motive of the shooting is still under investigation, but it is considered an isolated incident, said LAPD Det. Nicholas Sinclair.

There were other people in tents nearby at the time of the shooting, but so far, police said, witnesses have not come forward.

Do you have information to share about the life of Francisco Javier Rodriguez ? The Homicide Report needs your help. Please fill out this form or e-mail us at homicidereport@latimes.com.

Share a memory or thought about Francisco Javier Rodriguez