On a rainy night in November, Francisco Javier Rodriguez posted a photo of himself on Instagram. Under the photo he wrote how he missed his family — his three children and their mother, whom he had recently separated from.

The 24-year-old wrote that he hoped to see the children during their upcoming birthdays and the holidays.

“Let them know I love them very much with all my soul," he wrote. 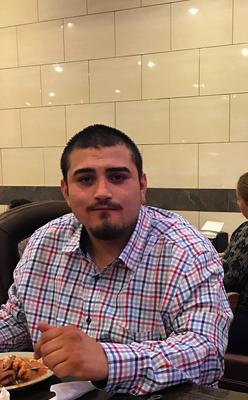 Three days later, about 6:50 a.m. on Nov. 24, officers received a call of a shooting on Plummer Street under the 405 Freeway in North Hills.

When police arrived, they found Rodriguez inside a tent under the freeway, suffering from multiple gunshot wounds. He was pronounced dead at the scene.

It is unclear why he was in the area. A family member said he may have been visiting a friend’s mother.

According to police, a man described as a heavyset Latino had gotten out of a silver or gray sedan, opened a tent and shot Rodriguez.

The man then got back into the car and fled.  The motive of the shooting is still under investigation, but it is considered an isolated incident, said Los Angeles Police Det. Nicholas Sinclair.

There were other people in tents nearby at the time of the shooting, but police haven’t been able to speak with any witnesses, Sinclair said.

More than a month after the shooting, a small pile of items were all that remained of a memorial set up to pay tribute to Rodriguez, where people left beers and mementos.

A Modelo beer can, an unopened piece of candy, a bracelet and flowers were stacked on top of an empty bag of chips -- chile limon-flavored -- the kind he would always buy.

On the sidewalk around the pile were the words “RIP Lazy” in red paint, a nickname given to him by high school friends, his sister Evelyn said.

At home, he was known as “Kaki,” a nickname that stuck after his cousin struggled to pronounce his full name, Evelyn said. Rodriguez was the second oldest of five, but he often acted like the eldest, watching over his siblings and giving them rides whenever they needed it.

“He was way too old for his age,” said Evelyn, 20. He had his first child when he was 16 and dropped out of James Monroe High School to provide for his girlfriend and son, she said.

Growing up, Evelyn said she and her brother liked to take their mother’s huge cooking pots, reserved for large quantities of posole, fill them with water in their backyard and hop in, she said. It was their way of pretending that they had a pool.

Evelyn said the last time her family saw him was during Thanksgiving dinner, when he mentioned he was going to spend the night at a friend’s home, she recalled. When he didn’t return the next morning, her mother began to worry.

Evelyn reassured her that he was old enough and that it would be better if they didn’t bug him. On Saturday afternoon, two days after they last saw him, Evelyn said she received a call, notifying her that her brother had been killed.

In tears, she went home to tell her family. When her mother heard the news, she fell to the floor. Her father sat in shock.

Evelyn visited the crime scene near the freeway to try and find answers.

“We never imagined that he would be there,” she said.

Los Angeles police described Rodriguez as transient, but Evelyn said he always lived at home with his parents. He had a temporary job working at a construction company with their father but was unemployed two weeks before he was killed, she said.

Rodriguez’s children, who range in age from 1 to 6, are still coming to terms with their father’s absence, she said. The oldest will sometimes say, “I wish Daddy was here.”

This is a tragedy of epic proportions. My heart goes out to the family and friends of this kindhearted individual whose life lead him down an unintended path.

So many factors play into this loss; many touching external, socioeconomic, cultural and geopolitical elements. I don’t mean to alienate or offend anyone by the following statement but believe it is relevant. That he left school to raise his children reflects the aversion to planned parenthood, or its access, or use of contraceptives; and the realization of terminating pregnancy is forbidden. Few know that in fact our spirit is never extinguished; but can reincarnate at a preferred time. There is no need to have a child simply because one is pregnant.

Too many people are anesthetizing their pain with alcohol because they can’t find work. The low wage and high cost of living is the direct result of the abject greed of the 1%. Obviously this was an intentional hit; and the killer has to close his eyes only to see the victim over and over, forever until he confesses. God sees all. All.