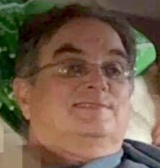 Frank Borsotti, a 61-year-old white male, was pronounced dead on Thursday, Jan. 3, after he was punched in a Jack in the Box parking lot at 436628 10th Street West in Lancaster, according to Los Angeles County Sheriff’s Department investigators.

Borsotti was next to his pickup truck in the parking lot about 12:45 p.m, when he was confronted by a man who got out of a champagne-colored sedan, said Sheriff's Sgt. Guillermo Morales.

“There was some type of argument, but we don’t know what the source of the argument is," Morales said. "We don't know what precipitated this, but the suspect got out of the car and punched the victim."

The assault was captured on surveillance video from a nearby business, obtained by KTLA-TV Channel 5 and other news outlets.

In the video, the sedan pulls up behind Borsotti’s pickup and Borsotti approaches the car, waving his hand as if trying to wave someone off. After Borsotti turns around and walks toward the front of the truck, a man gets out of the sedan’s front passenger seat and walks up to Borsotti, who turns to face him. Seconds later, the man suddenly punches Borsotti, who appears to fall straight backward.

The assailant gets back into the front passenger seat of the sedan and the car drives away.

Borsotti was taken to a hospital, where he was pronounced dead at 1:21 p.m., according to Los Angeles County Medical Examiner-Coroner’s records. The cause of death was listed as blunt force head trauma. 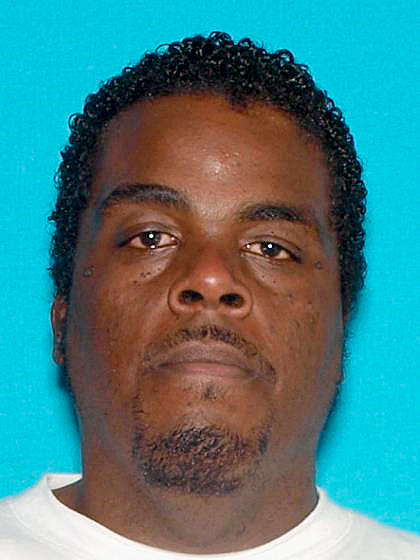 Investigators said they have identified the suspect as Manuel Berryman, a 38-year-old black male from California City who frequents the Gardena and Hawthorne areas. Berryman is described as being 6 feet tall and weighing about 300 pounds, with brown hair and eyes.

Borsotti and his wife had been married for 40 years, Morales said. A fundraising site set up to raise money for his burial costs described him as a “loving, caring, faithful and strong Christian man,” who had six children and seven grandchildren.

Photo: Manuel Berryman, 38, above, is wanted for questioning in the assault that killed Frank Borsotti, 61, in a fast-food restaurant parking lot in Lancaster on Jan. 3. Photo provided by the Los Angeles County Sheriff's Department's Homicide Bureau.

Frankie was a nice guy who worked with my husband as a Caltrans Highway Maintenance Worker.
He didn’t deserve this, and I hope they find his killer soon.
Condolences to his family.

He was. Amazing dad and grandfather he loved everybody took care of anybody and everybody who came in contact with and just made everybody feel loved and happy everyone will miss him so much