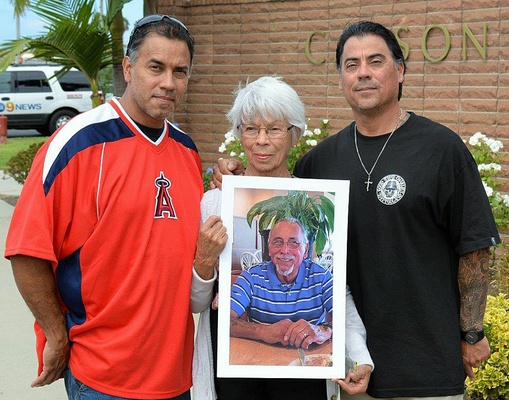 Frank Hernandez, an 85-year-old Latino, died Wednesday, June 7, after being assaulted in the 300 block of East 220th Street in Carson, according to Los Angeles County coroner’s records.

Hernandez was walking in his neighborhood around 10 a.m. May 31, heading for a nearby liquor store to purchase lottery tickets, Los Angeles County Sheriff’s Lt. Derrick Alfred said.

When he was about two blocks from his home, a man ran up behind Hernandez and struck him the head, Alfred said. When Hernandez fell, the man took his wallet.

The attacker then ran to a nearby home, where a man was standing outside the garage. The thief demanded money from that man before striking him in the face, Alfred said. He ran away when the man’s wife came outside.

Paramedics took Hernandez to a nearby hospital. He died a week later, at 4:27 p.m., according to coroner’s records.

Hernandez had lived in the Carson neighborhood for 60 years, Alfred said, and had four children and nine grandchildren. He and his wife had been married for 60 years.

The Carson City Council has approved a $25,000 reward for information leading to the arrest and conviction of Hernandez’s assailant, described as a Latino in his 20s with a light complexion and curly hair that was shorter in the front than in the back, Alfred said. The suspect was wearing a gray hooded sweatshirt, dark shorts and a dark baseball cap at the time of the attack. 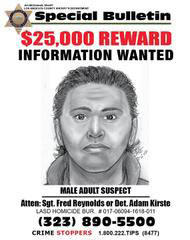 During a Sept. 13 news conference to announce the reward, Hernandez’s son Steve said his father was “very proud to have served in the Korean War as a Navy vet.”

In a strained but composed voice, Lucy Hernandez pleaded for information about her husband’s killer.

“We need your help, and we need it badly,” she said. “This could be your family standing up here instead of us. Help us. Let’s not let this guy go out and hurt someone else, someone you love, like we loved our poppa.”

Do you have information to share about the life of Frank Baltizar Hernandez ? The Homicide Report needs your help. Please fill out this form or e-mail us at homicidereport@latimes.com.

Share a memory or thought about Frank Baltizar Hernandez

Where are these posters of this killer posted. I have yet not seen one nor has anyone else...why not on street corner Store? Why not everywhere? We want him off of our streets.

I really feel for this family, what a coward to hit a 85 year old gentleman in the back of head, thank god that his wife has her sons to support her, God bless them and pray we get justice for the veteran hero