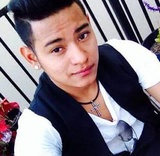 Fredis Orlando Mejia-Melendez, a 24-year-old Latino, was shot and killed Saturday, June 10, in the 400 block of North Coronado Street in Westlake, according to Los Angeles County coroner’s records.

About 8:40 p.m., Mejia-Melendez was shot multiple times while standing on the sidewalk of an apartment building, Los Angeles Police Det. Ray Martinez said.

It’s unknown why Mejia-Melendez was in the area, but police said he was driven there about 20 minutes before the shooting.

Residents called police to report the shooting. Mejia-Melendez was pronounced dead at the scene at 8:57 p.m., according to coroner’s records.

Mejia-Melendez worked in the Fashion District packing online orders and was not a documented gang member, police said.

The killing has surprised those close to Mejia-Melendez. “Nobody knows what happened,” his brother said.

Do you have information to share about the life of Fredis Orlando Mejia-Melendez ? The Homicide Report needs your help. Please fill out this form or e-mail us at homicidereport@latimes.com.

He was standing in a rival gang terrotory i live in westlake my whole life and this is all familiar if you look like you might related or even close theres a kid in the other side of the gun just shooting like a dumb ass just so he can get credit that hes a killer i seen it happen over and over again its really sad man it is.