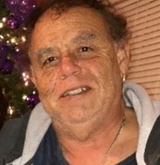 Genaro Antonio Pastore, a 64-year-old Latino, died Friday, March 10, after being beaten in the 3600 block of West 106th Street in Inglewood, according to Los Angeles County coroner’s records.

Inglewood police responded at 12:45 p.m. to a call about a fight at a house, according to coroner’s records. They found Pastore bleeding from his face and unresponsive. His wife, Maria Urriola De Pastore, also was seriously wounded.

The Pastores were taken to a hospital, where Genaro Pastore was pronounced dead at 1:18 p.m., according to coroner’s records. Maria Pastore, 69, fell into a coma and died March 27, records show.

Detectives said the couple was attacked by their daughter’s ex-boyfriend, Edward Fernando Ruiz, 33. On the day of Genaro Pastore’s death, Ruiz went to his ex-girlfriend’s house and attacked her, then fled before police arrived. While the woman was transported to a hospital, Ruiz returned and beat her parents, police said.

Later that day, officers found Ruiz hiding on a nearby rooftop. After a two-hour standoff, he climbed down and was arrested.

Prosecutors charged Ruiz with two counts of murder, as well as one count each of resisting an officer, injuring a child’s parents after a prior conviction and violation of a court order.

On April 3, Ruiz’s attorney questioned his client’s sanity, and Ruiz was sent for a mental health evaluation. He is scheduled to return to court Sept. 6 for results of the exam.

Do you have information to share about the life of Genaro Antonio Pastore ? The Homicide Report needs your help. Please fill out this form or e-mail us at homicidereport@latimes.com.

Share a memory or thought about Genaro Antonio Pastore

I only can say "He was a very special man, a very good human. Will miss you very much, He doesnot deserved to die in that way. I don't live in USA, however hope justice for him and for his wife.

Looks like this man's son was killed in the same place back in 2004 by gang members. I have the story posted for Junior.