Gerardo Macias Hernandez, a 22-year-old Latino, was shot and killed Saturday, March 16, in the 2800 block of East Alondra Boulevard in Compton, according to Los Angeles County medical-examiner coroner’s records.

About 11:30 p.m., Macias Hernandez was the passenger in a Chevy Tahoe that had pulled into a strip mall when three other vehicles drove slowly toward them, said Los Angeles County Sheriff’s Lt. Scott Hoglund.

A person shot at Macias Hernandez from a dark-colored sedan then sped off, Hoglund said.

Macias Hernandez was pronounced dead at the scene at 11:56 p.m., according to coroner’s records.

“We don’t know why this happened,” Hoglund said. 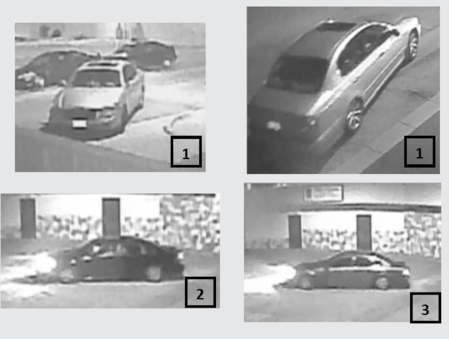 Macias Hernandez and his family had just assisted the victims of a car accident down the street and had pulled into the strip mall to complete a U-turn to get gas.

Hernandez’s niece, who was 21 months old at the time, suffered injuries to her face and eyes from shattered glass.

The Board of Supervisors is offering a $10,000 reward for information the leads to the apprehension of a suspect in the killing. Investigators on May 8 released photographs of the suspect vehicles, which are believed to be two-dark colored sedans and a light-colored Mercedes with a sunroof.

Do you have information to share about the life of Gerardo Macias Hernandez ? The Homicide Report needs your help. Please fill out this form or e-mail us at homicidereport@latimes.com.

Share a memory or thought about Gerardo Macias Hernandez

Gerardo was my lifelong friend and we’ve been friends ever since I was four. He was always so kind and creative, and he really cared about his family and friends.It still saddens me that someone took the life of a young man who still had so much life ahead of him. My sincerest condolences to his family. He didn’t deserve this, but may he rest forever in peace.

I work at the same company where Jerry worked and we are reeling at the news today. He was a beloved member of our team. I don’t work at the same office as him, but the loss was profoundly felt. My sincerest condolences to his family. What a tragic and terrible loss.