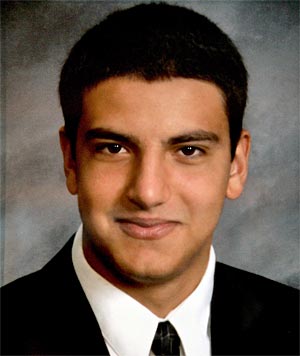 Gombert Yepremyan, a 19-year-old man identified by coroner's officials as Armenian, was shot and killed Wednesday, Nov. 18, in the 6400 block of North Laurel Canyon Boulevard near Victory Boulevard in North Hollywood, authorities said.

Yepremyan, who was known as Mike to friends and family, was shot in the neck by an acquaintance just before 9 p.m. in the parking lot of a Sears store, authorities said.

Yepremyan was taken to a hospital where he later died, said Officer Norma Eisenman of the Los Angeles Police Department.

Police determined that earlier that evening Yepremyan had been involved in a dispute with another man that took place via telephone, Eisenman said.

“Both parties agreed to meet to settle whatever their differences were,” Eisenman said.

They met in the parking lot, where the altercation occurred. The suspect pulled out a semiautomatic handgun and shot the victim, Eisenman said.

The suspect fled in a black four-door BMW 3-Series sedan with no plates, Eisenman said.

[For the record:  An earlier version of this post, which was based on the coroner's original report, incorrectly gave time of death as 10:50 a.m.]

Do you have information to share about the life of Gombert Yepremyan ? The Homicide Report needs your help. Please fill out this form or e-mail us at homicidereport@latimes.com.