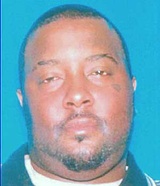 Habib Ameer Zekajj, a 38-year-old black man, was shot and killed Thursday, Nov. 6, in the 37200 block of 47th Street East in Palmdale, according to Los Angeles County coroner’s records.

About 12:26 p.m., Zekajj was sitting inside a McDonald’s restaurant when a person walked up to him and shot him, said Lt. John Corina of the Los Angeles County Sheriff’s Department.

The gunman fired at least one shot in front of a dozen people, striking Zekajj in the upper torso. Zekajj was pronounced dead at the scene at 12:44 p.m., said Ed Winter, the assistant chief of investigations for the coroner’s office.

Witnesses told authorities that the men were not arguing before the shooting and that Zekajj was eating alone.

Zekajj’s friends told KTTV that he went by the name Big Paybacc. His music videos on YouTube have hit more than a half-million views.

Share a memory or thought about Habib Ameer Zekajj

This is so crazy never thought my dad would leave me so soon and I didn’t even get to say goodbye. Smh I love and miss you so much dad 😩. R.I.P

Were you one of those that migrated to the A.V.? I think you took the streets with you and thus the area did get bad...horrible as a matter of fact. But when the doors flew open you call came out here, so there was nothing for me to do but move and let you have it. Well enjoy!

"So many people migrated from L.A. 2 tha valley N done nothin but turn tha city out just like L.A."

And of course a certain class of people were at the forefront of a federal lawsuit against the city and police complaining about aggressive tactics being used to try and suppress the gangsters.

You get what you wish for.

Its so tragic that this Man, Son, Father, Etc.lost his life in such A senseless way!! I grew up in palmdale n Have since Moved, but it changed so Much in a BAD Way over The years!! So many people migrated from L.A. 2 tha valley N done nothin but turn tha city out just like L.A. its crazy!! I used to catch my highschool bus rite rire across 4rm that Mc donalds every morning and go eat afterwards! Its sad tha A.V. is such a bad place now, I wouldn't dare raise my kids there!! A lot of people have good n bad things to say about you, N rather they knew you or not..its not their place to judge you!! Rest in Paradise Habib Zakajj!! (AKA) BIG PAYBACC!! NOTHIN IN THA DARK STAY DARK 4EVA LITE GOTTA SHINE AGAIN...YOU WILL GET JUSTICE. IN THIS LIFE OR THE NEXT!!! ~YCHILL~

Meant to add that this was in Hot Springs, AR

to the family of Habib Zekajj, not only was I your Headstart teacher, I was also your babysitter, you stayed at our house just like you were one of our own, and that is how we looked at you my kids saw you as their brother, and you were my son. I tried so hard to contact you on FB, but could never find you. I did not want to give up until yesterday, and that is when I found out you had been killed. So wish I could contact your mom Gloria. May you forever RIP. Ms. McKinney loves you so much.