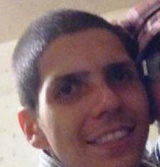 Hector Leonardo Morejon, a 19-year-old Latino, was shot and killed by a Long Beach police officer Thursday, April 23, in the 1100 block of Hoffman Avenue, according to a news release from the Long Beach Police Department.

Morejon was shot in a vacant apartment about 2:45 p.m. while officers were investigating a trespassing and vandalism complaint, according to the release. Officers found an open window in the back of the apartment and a broken window.

When one of the officers looked through the broken window, he saw a man standing next to a wall, police said. The man allegedly turned toward him "while bending his knees and extending his arm out as if pointing an object, which the officer perceived was a a gun."

The officer shot at the man, critically injuring Morejon, police said. Morejon was taken to a hospital where he was pronounced dead at 11:40 p.m.

Morejon lived near the shooting scene. His mother, Lucia Morejon, was at home when she heard the shots. She went out to see what happened and saw her son lying in an ambulance, the family's attorneys, R. Samuel Paz and Sonia Mercardo, told the Los Angeles Times.

No weapons were found at the scene and no one else was injured, investigators said.

The apartment was spray-painted with gang-related graffiti, according to the news release. The officers arrested two men, ages 20 and 21, and two women, both 22, on suspicion of trespassing.

Morejon's family is calling for an independent investigation by the U.S. Department of Justice into the killing.

On May 12, in response to a public records request from The Times, police identified the officer who shot Morejon as Jeffrey A. Meyer.  Meyer, who has been removed from field duties, is a veteran patrol officer who has been with the department since 1990.  Meyer was involved in a police shooting in March 2002, a police department spokeswoman said. The circumstances of the 2002 shooting were not immediately available.

Note: Law enforcement has placed Morejon’s autopsy on a so-called security hold. The Times will update this entry once the hold is lifted.

Do you have information to share about the life of Hector Leonardo Morejon ? The Homicide Report needs your help. Please fill out this form or e-mail us at homicidereport@latimes.com.

Share a memory or thought about Hector Leonardo Morejon

Hector was in the unit I was going Rent for use . the cops put a stop to that
I was worried about his age . I should have just done it.!!!.

Officers shoot first ask questions later. They are too paranoid and have the right to be because every has a damn gun. Still, must they use leathal force every time? Teenagers are stupid, breaking into an empty apartment and spray painting will get you 5 years in prison. Smart or dumb, this crime didn't deserve a death sentence. This is a prejudicial killing. "robocops" should not be judge jury and executioners.

I'm assuming when standing in an apartment he clearly broke into with walls covered in gang signs and broken windows abound he was clearly being a smart kid. As everyone claims

RestInPeace Hector he was a smart ,bright always had a good positive attitude .we going to miss you buddy.RestInParadiae