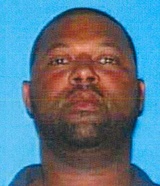 Long Beach police responded to a call of shots fired in the area about 9 p.m. on Saturday, April 5, and found Shepard and another man with gunshot wounds to the lower body, according to a news release from the Long Beach Police Department.

Shepard was taken to a hospital, where he was pronounced dead on April 8 at 11:36 a.m., said Ed Winter, a coroner’s spokesman. An autopsy showed that Shepard died of a gunshot wound.

The other man is expected to survive.

Do you have information to share about the life of Herbert Theodore Shepard ? The Homicide Report needs your help. Please fill out this form or e-mail us at homicidereport@latimes.com.

Share a memory or thought about Herbert Theodore Shepard

Well it's been three years now and we have no closure to my Brothers murder, I have since lost another brother the third less than five years, Herbie's passing haunts me daily, every time I see one of these heinous murders on the news it just breaks my heart for the families I know are going through the pain my family went through. If anyone out there have a speck of decency In there body and know anything about this crime do the right thing report!!!!!!! report!! report!!! To the proper authorities .. A family still in pain thank you ..

Herbert Shepard was shot in the leg during a drive by shooting and died. He worked 26 years for Continental/United Airlines. He was a very loving and giving person, who lived very modest, but would give his last. He was never involved in any criminal activity; as a matter of fact he hated guns. His only crime was visiting a mother in Long Beach who had lost her son, and being in the wrong place at the wrong time.

He raised two wonderful sons and leaves behind a loving close nit family, friends and co-workers to cherish his memories.

My prayer is that whoever committed this crime be brought to justice. Even if it’s your relative, whoever did this, you must do the right thing and speak up. You can either visit them in jail where there is still a chance they can be saved and give their life to Christ or you can visit them at their grave. Because the bible says, what so ever a man soweth, that shall he reap. Which means, what goes around, comes around. His/her crimes is coming back to hunt them, but in one hundredth fold. The man that lives by the sword (gun) surely shall die by the sword.

It time for a change people. It's time for drive by shooters to fear coming into your neighbor. They should be concerned if whether or not someone got their license plate or recognized their face and would turn them in. Criminals are so bold with their crime now days, because they know we as black people won't say anything. We close our blinds, turn our heads, and walk away. Its time for people to stop being victimized by criminals, too afraid to speak up. Its time for us to take our neighborhoods back. It is your business when someone drives down your street, where you pay taxes, shooting randomly at innocent people, because he or she doesn’t care about another man's life. This senseless shooting could have been your son or daughter playing in the yard. Stop being down for your set or your hood, because your hood isn’t down for you. Do yourself a favor, get your hustle on and get paid by speaking up!!! Call Crime stoppers today (800) 222-8477. Be Bless!

my father was a good man gunned down for no reason..all he did was work and support me and my brother...cowards are everywhere even in Long Beach
my dad was paying respects to a mother who just lost a son and then my father gets murdered..he's not even from long beach