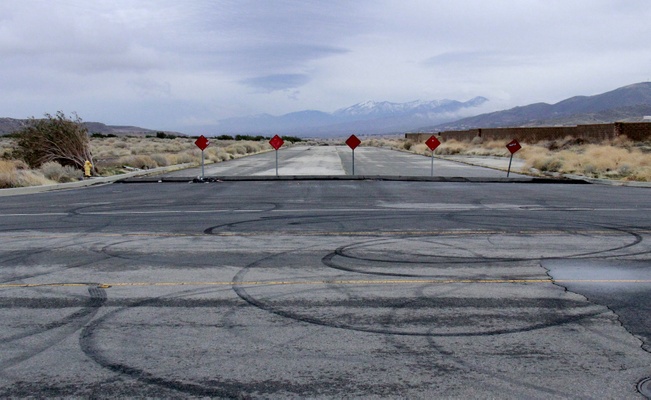 A one-time Palmdale resident who had been “couch-surfing” in Sunland before camping in Griffith Park the past few weeks has been arrested and charged in the Jan. 16 shooting that killed three men and wounded another on a remote, unlighted road in Palmdale.

Misirli, who is white, was arrested without incident, Alfred said.

Alfred said he couldn’t reveal the suspected motive for the shooting that killed three Los Angeles area men the cold, rainy night of Jan. 16 on Ranch Center Drive and 40th Street West in Palmdale, near an abandoned housing development that got platted but never built.

The dead men were identified as Olukayode A. Owolabi, 27, of the South Bay community of Westchester; Sean B. Cowen, 24, of Van Nuys; and David Adalberto Hernandez-Licona, 24, of Boyle Heights. Investigators won’t say why the men were together or whether they even knew each other.

A fourth man was shot in the face but survived his injuries and was able to call 911 for help. That man has provided information that was “helpful” in identifying the suspect, Alfred said.

Investigators allegedly found the gun they believe was involved in the shooting in Misirli’s abandoned car in the Sunland area “a couple months ago,” he said. Detectives believe Misirli had “contacts” in the Sunland area and had been hiding out, “couch-surfing” in their homes, until he left for Griffith Park sometime in April, Alfred said.

Misirli had been camping in Griffith Park for at least the past two weeks. Alfred said, but often walked into town to charge his cellphone or buy some food.

On Thursday, May 2, Misirli was charged with three counts of murder, one count of attempted murder and one count of robbery. He is being held in lieu of $3,040,000 bail.

The shooting “wasn’t random,” Alfred said, but he wouldn’t say whether the five men drove to the location together that night, or what was taken in the alleged robbery.

Misirli is scheduled to be arraigned on Monday, May 6, in Room A01 of the Los Angeles County Superior Court’s Michael D. Antonovich Antelope Valley Courthouse.

The case is still under investigation, but at this point, Misirli is the only suspect in the shooting, Alfred said.

Photo: This remote, unlighted intersection at Ranch Center Road and 40th Street West in Palmdale is where three Los Angeles-area men were killed and another injured in a late-night shooting on Jan. 16.  Photo by Jeanette Marantos/Los Angeles Times

Thank you LACS dept. for your hard work that led to the arrest of this loser.
At least the families of the three young men will have closure.