'Innocent victim caught in gang crossfire' in Florence was mother to two girls, 9 and 15 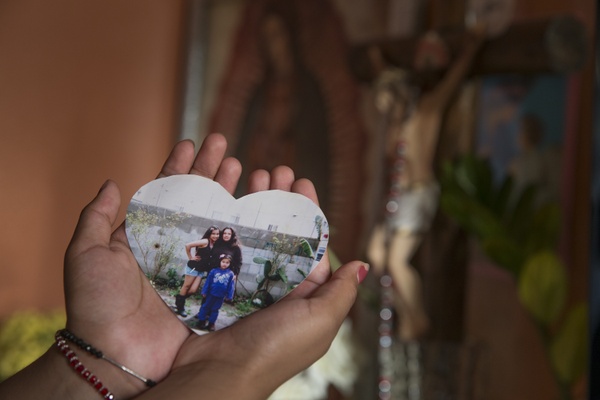 Dianey Santos waited at a bus stop for Metro Line 45. She had taken the route, which travels between South L.A. and Lincoln Heights, many times before, and on a recent Friday night she was on her way to give her boyfriend cologne -- a present for Father’s Day. The threat of violence must have be far from her mind, family said.

One of the men turned, aimed a gun at the other, and three shots rang out, police said. The gunman then ran east on 83rd, Barling said. A single bullet hit Santos in the head, and she fell.

People in their cars stopped to try to help, police said. But three days later, she was pronounced dead at a hospital.

Dianey Santos rode the bus often, whether it was to shop for groceries or take her two daughters, Emily Santos, 15, and Melisabeth Cordero, 9, downtown.

For Emily, the killing still doesn’t seem real. Their mother, a housekeeper, was their sole provider. In a matter of a week, the children have been uprooted from their home and are living with their godparents.

“I feel like my mom is still at the house,” Emily said.

Her mind is overwhelmed with questions: Why didn’t she run from the bus stop? How did this happen?

“Nothing really makes sense,” she said.

Although Jose Arenvar, 55, Emily’s godfather, already has six children, he said he will do everything he can to care for Santos’ girls. 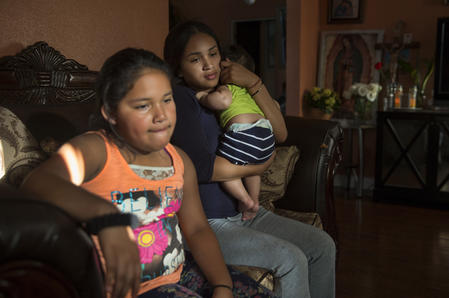 Police said they believe the gunman and the person he could have been aiming at were involved in a gang dispute. Santos was “just somebody who is a truly innocent victim caught in gang crossfire,” said LAPD Det. Shawn Svoboda, who is the lead investigator in the case. “I think the idea that gang violence only affects you if you’re a gang member, that just puts that idea to rest.”

Svoboda is trying to figure out who the intended target was and wants to speak with anyone who saw anything that night. The gunman has so far been described only as a black man, in his late teens or early 20s, wearing a white T-shirt.

Emily and her sister said they will miss their mother’s unwavering optimism and her support. Santos used to wake up at 6 a.m. to style Melisabeth’s hair, and she worked hard to make sure her children had everything they needed. In a fundraising page for a funeral, Emily said she hopes to give her a "worthy" funeral to thank her for being strong and independent.

“She would always be there for us,” Emily said.

About five months ago, Emily gave birth to a boy, Joel, and said her mother was committed to helping her raise the child. Emily said she wants to go back to school so she can live up to her mother’s example and “always be there for my son, no matter what.”

Photos, from top: Emily Santos, 15, holds a photograph of herself, her late mother, Dianey Santos, 39, and her sister, Melisabeth Cordero, 9.

Dumbass should have learned to shoot straight before he signed-up to be a big bag gangster. Idiot!

Prayers up for the family, I pray that you guys understand that she in no more pain. She's more happy than us . God wanted to enhance his flower garden so he chose your mom. Because he thought she was the best out of them all. For your mommy is not crying, She's living in heaven. Nothing change but the address of your mom, daughter. God had bigger and better plans'for her