Young father made break from gangs but fight takes his life 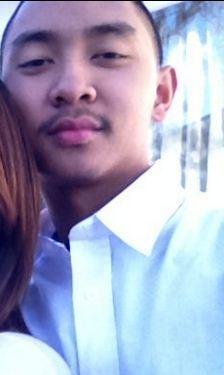 Timothy James Teopaco had recently made some major changes in his life.

The 19-year-old former gang member had finished training to become a pharmacy tech, completed an internship at Walgreens and planned to get his own place with his high school sweetheart and 2-year-old son.

“It’s not about me anymore,”  he would tell his mother, Malou Teopaco.

The last time she talked to her son, on the night of July 26, he was hanging out at the pool at the apartment complex where the family lives. She then woke up to a call in the early morning from his girlfriend, Amanda Navejas, alerting her of a shooting.

Teopaco had gone to a nearby restaurant in the 11600 block of South Street in Cerritos after a friend called him regarding a fight.  As the group that his friends were fighting were leaving in a vehicle, Teopaco was shot.

Navejas said she arrived five minutes later to find Teopaco on the ground. She watched as his body, lying on a stretcher, was wheeled into an ambulance. He later died, and became the second homicide in Artesia this year.

Sheriff’s officials this week released a photo of Boren Lay, 19, who is suspected of shooting Teopaco.  Lay, who officials said is a gang member, is known to frequent the Long Beach area. A warrant for Lay’s arrest has been issued. 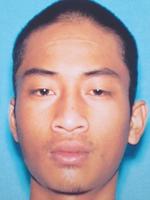 Navejas said she hopes that someone will come forward with information about Lay, “That way he won’t hurt anyone else.”

Melou Teopaco said her son had a “good heart.” When he was in middle school, he’d always offer his friends rides home if it was too hot outside or raining. His mother, frustrated at the time, laughs about it now.

Even as he grew older, he didn’t mind carrying his mother’s purse or showing affection. He’d frequently ask her how her day was.

For months, Malou Teopaco wasn’t able to wash the blanket on her son’s bed. She didn’t want it to lose his scent.

When she finally did wash it, “I was crying in the laundry,” she said.

In the living room of the Teopacos’ apartment in Cerritos, Timothy Teopaco’s ashes sit atop a piano, along with his ukulele and a large framed picture.

“He had a bad past,” Christine Teopaco said. “But that didn’t define who he was.”

Anyone with information about the shooting is asked to call the Sheriff’s Department Homicide Bureau at (323) 890-5500. Those who wish to remain anonymous can call Crime Stoppers at (800) 222-8477.

Top photo: Timothy Teopaco. Bottom photo: Boren Lay, who is being sought by police in connection with Teopaco's death.

Read somewhere they caught Boren Lay during a drug bust in North Carolina I hope justice is finally served for the family.

I am the mother of Timothy James Teopaco, i've read all the comments about my son, thank you for the prayers Janette n Lisa, sometimes thats all it takes to help me go thru every single day, to Mr Smith the friend that called for help was his best friend since middle school thats why he came, he has not talk to me at all, im a single mother n i could not afford to move my kids, ive been on my job for 21 years and its a good job. Gods blessings to all of u n Merry Christmas to all.

@ Asian boyz are a bunch of wanna be gangsters who dress like Mexican bangers..pretty much they have no identity. I too don't play hommie..hope to catch you sleepin' & I'd show you real.

@Baby Blue, if your so hard like you claim use your fists not a gun, guns are for cowards and Asian boyz are a bunch of cowards who talk black and dress like Latino bangers, you foo's are extinct.

That Filipino was a gang member trying to back up his ranker homies. Shouldn't have stepped up to the Asian Boyz. We don't play.

I also was thinking he should have moved. Look what happened: he was called back to the fight and went.

I'm glad to hear this young man wanted or was trying to leave the gang life, but what I don't understand is why would he get involved in a fight that didn't involve him, according to the report he received a phone call about a fight and I'm guessing he drove down there, that was a fatal mistake, if someone wants out of the gang life, it has to be 100 percent not half ass, what he should have done is called the police, those so-called friends are not friends, once you claim to be out stay out never look back.

He should have stayed home with girl and kid, friends don't call friend's to fight...they should never lead another to chaos....now the person that called him over to that crap, I wonder how that person feels.

god will take care of it all he knew where his heart was. praying for the family and friends

There is so much that can be said but now it just doesn't matter. From one mother to another my heart goes out to you. Sometimes all that is needed it compassion and empathy. You have both from me. God speed.

Yes, his past did define who he was. Leaving the gang life means pulling up stakes, leaving the area, leaving behind anyone and everyone who has any connection to that gang life.

It's great he completed the training program, he should have done it in another state or another part of California, taking his baby, girlfriend and mother with him.