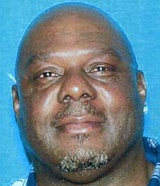 James Conwall Daniels Jr., a 51-year-old black man died Wednesday, March 18, five days after he was shot in the 2100 block of East 102nd Street in Watts, according to Los Angeles County coroner’s records.

About 8:40 p.m. on Friday, March 13, Daniels was sitting in a minivan talking to a 24-year-old woman and a 35-year-old man when a person walked up and opened fire, said LAPD Det. Dave Garrido. All three people were struck.

Daniels was taken to a hospital, where he was pronounced dead March 18 at 11:20 p.m.  The other two people are expected to survive.

Share a memory or thought about James Conwall Daniels Jr.

Rip bo...
You will neve. Be forgotten You always keep it 100 rip gee...
Your boy baby bone santa monica

This was senseless... After all he's been through in life, and everything he's had to overcome... Just as things were falling into place, everything was blown apart... I am thankful for the years we had.

Was he an OG or sumthing ?

I view this blog all the time never thought i would be writing a comment under an article about you. This one has really hit home haven't felt like this since my aunt Bert passed away. I am truly going to miss you and all your jokes. Rest well family love always lil moon.