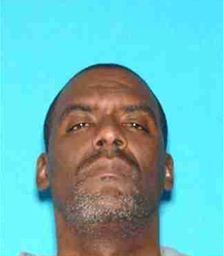 Daniels was standing in front of an apartment shortly after midnight with at least a half-dozen people nearby when two men walked up to Daniels and began shooting, said Det. Supervisor Chris Barling with the LAPD’s 77th Street Division.

Daniels was taken to a hospital where he died at 12:50 a.m., according to coroner’s records.

No one else was injured in the shooting, Barling said.

Do you have information to share about the life of James Monroe Daniels III ? The Homicide Report needs your help. Please fill out this form or e-mail us at homicidereport@latimes.com.

Share a memory or thought about James Monroe Daniels III

— jay ; because the witnesses were gangsters or gang enablers themselves. And we know they saw nothing.

This has all the earmarks of a planned execution of a gangster. And it will never be solved.

its a dam shame that with at least 6 withnesses noboby has come forward and done the right thing! As long as his case is a open homicide noboby in that area is ever gonna be safe!

Damn James, seems like I just saw you a month ago man... Going to miss you little bro...

R.l.p. bro. Is this the hogg with the sister?

how come we dont get to see the photos anymore,they represent the lives of these victims !!