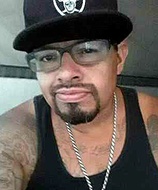 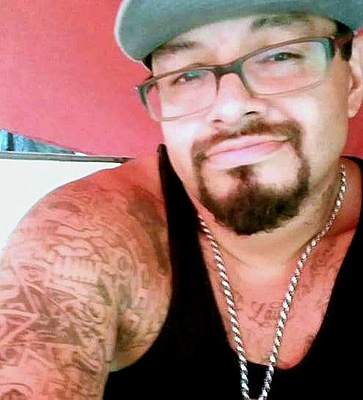 Jesus Manuel Nuñez, a 38-year-old Latino, died Tuesday, Feb. 20, after he was stabbed at Del Amo Boulevard and Violeta Avenue in Lakewood, according to Los Angeles County coroner’s records.

Nuñez and his girlfriend were walking home from a doughnut shop around 1:15 a.m. when a dark sedan stopped alongside them and a man, a woman and a female juvenile got out, demanding their property, said Los Angeles County Sheriff’s Lt. Joe Mendoza.

In the ensuing struggle, one of the three stabbed Nuñez in the torso, Mendoza said. They then took a few items — Mendoza said he couldn’t specify what was taken — and got back in the car, driving south on Violeta Avenue.

Nuñez was taken to a hospital, where he was pronounced dead at 1:59 a.m., according to coroner’s records. His girlfriend was not injured.

The following day, two of the suspects — Arturo Vasquez, a 29-year-old Latino from La Mirada, and Amber Jessica Jaime, a 26-year-old Latina from Yucca Valley — were arrested on suspicion of murder, Mendoza said.

They each were charged with murder, conspiracy to commit a crime and attempted robbery and are being held without bail. They are scheduled to be arraigned March 15.

Mendoza said the three did not know Nuñez and his girlfriend. “They just saw them out walking by themselves and figured they’d be a good target,” Mendoza said. “That could have been you or I walking home from the doughnut shop.”

During a vigil for Nuñez on Feb. 23, friends and family lit candles for the man they called “Jessie” and released balloons in his memory, according to ABC7 Eyewitness News.

“He was protecting his girlfriend, and they ended up getting him,” Nuñez’s brother, Johnny Nuñez, told ABC7. “He died nobly. He wanted to help her, protect her, put himself in front of her and take care of her.”

A friend, Louise Conley, said Nuñez cared about helping others. “He, in fact, even in death, is helping somebody. … actually two people,” she said, noting that he was an organ donor.

Investigators still are searching for the third suspect in the attack, a female juvenile, Mendoza said.

Photo: Jesus Nuñez is seen in a self-portrait he took in the summer of 2017.

Do you have information to share about the life of Jesus Manuel Nunez ? The Homicide Report needs your help. Please fill out this form or e-mail us at homicidereport@latimes.com.

Share a memory or thought about Jesus Manuel Nunez

JESUS MANUEL NUNEZ MEANS..
Jesus means savior. This is His special role. He saves his people from the guilt of sin, by cleansing them in His own atoning blood. He saves them from the dominion of sin by putting in their hearts the sanctifying Spirit. He saves them from the presence of sin, when He takes them out of this world to rest with Him. He will save them from all the consequences of sin, when He shall give them a glorious body at the last day.
For God didn't send his Son into the world to judge the world, but that the world should be saved through him," (John 3:17). Its true..
And he lived up to his name every chance he got to the fullest with so much knowledge about the world life and relationships I'm blessed to have met a soul like his and a great young man who loves his family dearly.... Theirs just one thing that is craving at our society is why was he hurt and his girlfriend unharmed that's the question I have is it that these other people where at the wrong place at the wrong time and they were caught in the middle of it who knows the truth until it's told ... I hope your family will get a chance to rest and you rest knowing the truth.. Forever will I missed your music playing coming down the street old school and funk...

Even until this day I still come across a voicemail, photo and even videos of us. We had a share of times as close friends, you and I, when life was hard having nothing in our pockets to ordering all the Goodys Pizzas we could eat in D's backyard.
The ups and downs brought forth the humbling in each of us, realizing that materials mean nothing more than family, REAL friendship, and love. You were able to achieve the great realization that what we search for in life is already within everyone, within ourselves... (you found that and brought that out in a good friend of mine as well, and I remind her everyday and chance I can for you).
I find comfort knowing I was able to talk to you one last time before you left us here in this world. Jesse, although you hadn't yet been able to reach to your highest peak and full potential, you were very well on your way to it.
Before you were able to near what we all hope for, a life and very long path, our Father in Heaven looked down and found you, called to you. Unbeknownst to you and us all, your time here was done, as you had served and completed more purposes than we have yet to realize here on Earth.
Rest in peace, my friend. I will always remember the many laughs I was so VERY honored to have been given by you and to have shared with you.
I know that you will continue to watch over us all and provide us with guidance alongside the other angels that we are so blessed to have. You will continue to watch over us all... just as you did when you were still physically here on Earth.

Your Friend,
THE LOU

Jesus loves to draw. He was very passionate about art. He lived in Lakewood CA. He was well respected an liked by those who knew him. He always helped his friends out even when he really didn't have much. He still did what he could to help his friends. He didn't deserve what happened to him. He was the nicest guy ever. I'm proud to say he was my friend and I miss him very much. He had the nicest smile, he was always happy.

Jesse was the nicest guy and I am blessed to have met him, he was a big part of my life, we were engaged for a little over 4 years, but we ended it on good terms we were still friends. When I got the news of his death my heart broke. I loved Jesse still do so I know what his girlfriend is feeling. It hurts to lose someone that you love especially someone like Jesse. He loved his girlfriend and he protected her. He lost his life saving her's. I'm sure she would have done the same for him. Jesse was a wonderful person. He loved art he loved to draw. If someone needed help he was the one you can count on to be there for you. He wasn't mean and he didn't hate anyone. He always did what he could to please his friends. Jesse was friends with everyone. He was always happy, smiling, cracking jokes, he never let anybody bring him down. He'd always say "can't this good man down." He was just an amazing man and I'm happy to have had the pleasure of knowing Jesse and blessed to have had him in my life. He's gone but he won't be forgotten. He will be missed and he will always be loved.

Jesse I love you with all my heart. I'm so sorry this happened to you.not a day will go by I won't think of you.until we meet again. Your tia,nic

I'd like to say that my nephew was a great nephew,he was a responsible young man,what happened to my nephew was uncalled for and cruel, my nephew was well respected by me and his familia and friends,those who did this to my nephew don't have a heart and don't belong in the street ever!!! Nothing is ever gonna bring mijo back but he will live on thru us the NUNEZ FAMILIA !!!
We would like to thank the sheriff dept. and investigators for such a very haste arrest of the two individuals and we pray that you capture the third so my nephew may rest in peace .. With that being said Thank you to the media ,friends family for your support ....
GodBlessYou JESSE M NUNEZ
Rest in peace mijo, We will miss you!!

Jesus Who was also known as Jesse was a good friend of mine who didn't deserve to die this was a senseless act of violence by a soulless heartless individual(s) a great man is gone too soon. I hope the ones responsible get life in prison without parole because there was no need to take my friends life after they robbed him they took his life for no reason. they took away a friend, brother, son, boyfriend, uncle, cousin and a father figure whom no one can ever replace he was and is a great person and now he's gone, his life taken by the hand of a cold hearted individual has no compassion or respect for another human being. Rest in peace my friend Jesus Manuel Nunez 1980-2018 you are deeply missed and always loved. I'll always love you Jesse