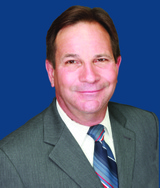 Jim Rudometkin, a 59-year-old white man, was killed Sunday, Jan. 17, in the 10300 block of Lesterford Avenue in Downey, according to Los Angeles County coroner’s records.

Downey police were called to a home at 11:13 a.m. after a neighbor reported seeing two men talking to Rudometkin near the side door of his home, then forcing him inside, said Sgt. Kevin McCaster. A third man entered the home a short time later.

As officers arrived, police received another report of three men jumping over the fence behind Rudometkin’s home and running away.

When officers entered the home, they found Rudometkin bound and unresponsive, The Times reported. Rudometkin was pronounced dead at the scene at 11:58 a.m., according to coroner’s records.

Rudometkin had been tied up and struck multiple times, said Ed Winter, the coroner's assistant chief of investigations. An autopsy showed that Rudometkin died of blunt trauma and heart disease, Winter said.

Police officers surrounded the area and were able to arrest two of the suspects in the neighborhood, McCaster said. The third, a 17-year-old, was arrested Tuesday, Jan. 19.

Rudometkin was a respected real estate agent who worked with Coldwell Banker Alliance in Whittier for 28 years, said the agency’s broker, Jim Emery.

“Everybody cared deeply for Jim,” Emery said. “He was a kind, gentle, private-type guy."

Rudometkin had lots of friends, no siblings and was never married, Emery said.

He lived with his mother and father in the home where the crime occurred and cared for his parents until their deaths a few years ago. Rudometkin was in the middle of moving out of the house and into an apartment when he was killed.

The Rudometkin family was of Russian descent, Emery said, and Rodometkin was active at a Russian Molokan church in Whittier. The family plans to hold a private service and burial.

Investigators believe Rudometkin was targeted in the home invasion robbery, McCaster said, but he said he couldn't comment further.

The three are charged with murder, home invasion robbery and first-degree burglary with the person present. The charges include special allegations that the three committed murder during the course of a robbery and residential burglary, and committed great bodily injury upon the victim during the commission of the crime.

Misikei and Sao could face the death penalty if prosecutors decide to seek it, according to the news release. Because Folau is a minor, he faces up to life in prison if convicted.

All three are being held without bail and are scheduled to be arraigned Feb. 10 in Department J of the Los Angeles County Superior Court’s Norwalk Court.

Do you have information to share about the life of Jim John Rudometkin ? The Homicide Report needs your help. Please fill out this form or e-mail us at homicidereport@latimes.com.

Share a memory or thought about Jim John Rudometkin

Any relation to the Rudometkin name to the man who was charged and convicted of serial rape charges?

Jim was a great guy! Always nice to everyone. I remember I 1st saw him at a wedding reception. Its sad he never married. But he was always smiling!

All I have to say is I certainly hope that these punks get what they deserve!

What I can't understand is the people who saw him being pushed...WHY didn't anyone go and help him????? Its something I can't understand! And Zoiya I agree to The Death Penalty but still think thats too good for them. I hope the baddest prisoner teaches them a lesson!

Jim was my cousin. He was a very kind and gentle soul and it is a shame his life was snuffed out before his time because of the greed and violence of these 3. I hope they get the death penalty. I can't help but think the police took too long to get to him though.

Jim was a very good man and will be missed very much. these animals that did this will burn in hell. They need to be tortured and givin a very slow painful death. R.I.P my friend

Jim Rudometkin was a very good friend of mine and to many people. Jim wanted to live in Costa Rica when he retired but God loved him so much that God took Rudo to Heaven to retire instead because he was too good of a man to be left on earth in todays troubled times. Rudo enjoy your retirement in Heaven with your parents and your Uncle Hank. Hope to see you again some time in the future.

Rudo , was a very good friend to myself and many others. I enjoyed going to Rams & Charger football games with Jim, cousin John S. And Paul Saber. Sadly my three friends are no longer with us. RIP. MY FRIENDS.