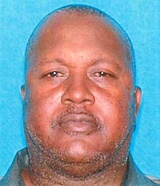 John Sawyer, a 52-year- old black man, was shot and killed Monday, Feb. 9, in the 8900 block of South Central Avenue in Green Meadows, according to Los Angeles County coroner’s records.

Sawyer was standing on the sidewalk shortly before 10 p.m. when a person walked up to him and opened fire, said LAPD Capt. Peter Whittingham.

Sawyer was pronounced dead at the scene and the gunman ran east on East 89th Street.

Note: An original version of this post listed Sawyer's age as 32. Sawyer was 52.

Do you have information to share about the life of John Louis Sawyer ? The Homicide Report needs your help. Please fill out this form or e-mail us at homicidereport@latimes.com.

Share a memory or thought about John Louis Sawyer

Hello my name is Michael,Ramirez I am journalist student from Cal-State Northridge, and I am doing a report based on this crime story. I need more details about this story, for example if their were any witness,and if they mentioned any quotes. In what part of his body was he shot, and if they know the reason of getting shot. Can You Guys Please, Let Me Know Thank You...