'He wanted to get the bad people out of here.' Family and friends mourn victim of Florence-Firestone shooting 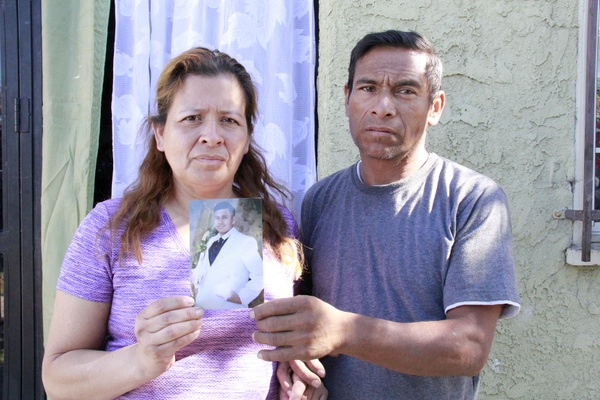 Jonathan “Johnny” Salas looked older than 17 and always acted older too, say his family and friends.

He had a thing about assisting others, said his mother, Delia Salas. That’s why he wanted to be a police officer, she said. That’s why he made tortas to sell at school and hunted odd jobs so he could help his parents cover expenses for their family of eight.

Johnny was a responsible teenager, Delia Salas said, who would play games with his younger siblings, walk them to school and keep the house tidy while his parents each worked two jobs.

“At Christmas, he’d tell mom, ‘Don’t buy a Christmas present for me. Spend the money on the rent or a new house,” said his brother Jared, 9.

His compunction to help is why Johnny was riding his bike home from the dentist the morning of June 23, when he was caught in the crossfire of someone else’s argument. He was struck by gunfire at South Hooper Avenue and East 92nd Street, just four blocks from his home.

His mother and father, Erubiel Salas, had left early for their jobs that morning. His older brother, Juan Cedano, said he was supposed to pick Johnny up and take him to his appointment, but the traffic was bad.

“I came late,” he whispered. 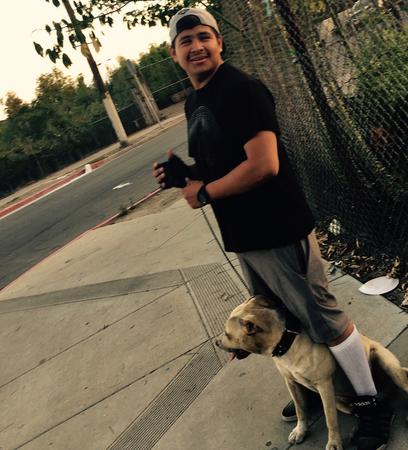 So Johnny, who loved working out and riding his bike, did the helpful thing. He bicycled to the dentist. They called later, when he never came home, and learned he’d been there, and left around 11 a.m.

He’d had a big evening planned that Friday night. His father had given him permission to go on a first date with his girlfriend. He had a new shirt for the occasion in his backpack, and a stuffed bear he’d bought as a gift.

But he wasn’t carrying ID, so it wasn’t until that evening, when his family reported him missing, that investigators figured out who he was. His family was notified on their porch about 1 a.m. and they never went to bed that night, Cedano said. “We watched the sun come up right here,” he said, in the shade of their stuccoed porch, where parakeets sing to passersby.

Their house is surrounded by a handsome wrought iron fence. The other houses in the neighborhood are small but tidy. Johnny was killed at a busy intersection with churches on two of the corners.

Investigators don’t have much to go on about the man who shot Johnny. Two cars had collided in the intersection, blocking traffic, according to Los Angeles County Sheriff’s Sgt. Guillermo Morales. The occupants got out and began to fight, and a white car drove up and someone inside began shooting.

The gunman missed his apparent targets, the people who were fighting, but one of his bullets struck Johnny. Other drivers noticed that Johnny had been hit and called 911, Morales said. The white car drove away eastbound on East 92nd Street.

The Salas family knew about the trouble at the intersection that night. They just didn't know that Johnny was somehow involved. He wasn’t one to get in trouble, Cedano said.

School was important to Johnny, who’d just finished his junior year at the Diego Rivera Learning Center. He wanted to graduate with a strong GPA, so he’d enrolled in summer school to improve some grades that slipped during his freshman year, said his friend Eduardo Jimenez. He was due to start on Monday.

Instead, on the day after summer classes began, Eduardo and other friends stood on the corner where Johnny died, collecting donations for the Salas family. A shrine of candles and flowers surrounded Johnny’s communion photo and tokens of the things he loved — a slice of pepperoni pizza, a candy bar, open bottles of soda and water, and a picture from his favorite show, "Dragon Ball Z."

Johnny wanted to be a police officer so he could improve the Florence-Firestone neighborhood, Eduardo said.

“Everybody’s not bad here,” he said. “There are working people, doing what they need to do for their families. But there are some bad people too. Johnny wanted to get them out of here, so people could live their lives and move freely down the street without having to watch their back.”

Johnny’s friends had crowded into the house the day after he died.

“We didn’t know he had so many friends,” Erubiel Salas said. He smiled at that memory, and then his anger flared at the people who chose to fight in the street after an accident instead of working it out. He’s angry too at the man who pulled the trigger and wants him brought to justice.

But what he wants most, he says, is for parents to appreciate their children. “Don’t let an opportunity pass to spend time with them and say how much you love them,” he said. “You have them right now. You never know what will happen tomorrow.”

Photos: (First) Delia and Erubiel Salas love the first communion photo of their son, Johnny, taken when he was 15. Credit: Jeanette Marantos / For The Times. (Second) Johnny with his dog Snow. Credit: Family photo

Just another hard working citizen that this city should be celebrating, gunned down by criminals that your elected officials want to protect.

My condolences go out to his family and I hope they get the justice they need soon.