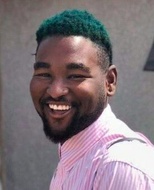 Jonathan Hart, a 21-year-old black man, was shot and killed Sunday, Dec. 2, in the 1500 block of Vine Street in Hollywood, according to Los Angeles County coroner’s records.

Shortly after 8 p.m., Hart got into an argument with a security guard at a Walgreens in the area, said Los Angeles Police Officer Norma Eisenman. The security guard pulled out a handgun and shot Hart, police said.

Hart was taken to a hospital, where he was pronounced dead at 9:22 p.m., according to coroner’s records. Hart died from a gunshot wound to the neck, records show.

The security guard is cooperating with police and was not arrested, police said.

Attorneys for Hart’s family this week said that a wrongful-death suit is planned against Walgreens.

Douglas said that Hart was trying to leave after he got into a verbal confrontation with the security guard, who yelled for Hart to freeze and shot and killed him.

Douglas said Hart was unarmed and was not shoplifting.

Detectives told family members that Hart had a California ID card in his hand at the time of his death.

Hart had gotten in a confrontation earlier that night with the same security guard and spoke with the store manager before continuing to shop, the lawyer said.

The case is being reviewed by the district attorney’s office, spokesman Paul Eakins said.

Douglas, who was joined by Hart’s family and friends at a news conference Tuesday, questioned why Walgreens stationed an armed guard at the store.

“Walgreens, the blood of Jonathan Hart is on your hands,” said Douglas, who called for a boycott of the company.

The lawyer said Hart was profiled, harassed and ultimately shot because he was a homeless, gay, black man.

A company spokesman said Walgreens has fired the security firm that worked at the store and is cooperating with police.

“We are committed to providing a safe environment for our employees, patients and customers in the communities we serve,” spokesman Phil Caruso said. “We contract for armed and unarmed security, as well as video surveillance, in our stores based on the public safety needs of each location.”

The company believes “everyone should be welcomed and treated equally in all of our stores,” Caruso added.

At a candlelight vigil last week in front of the Hollywood store, several dozen family members and friends remembered Hart as an aspiring model who contributed to fashion blogs and wanted to be a hair and makeup stylist and make and release his own clothing line.

“He was stylish,” said Mckenzie Trahan, 23, a friend from the young Hollywood homeless community.

Other homeless youths, including several trans women, hugged and cried in front of a bank of votive candles and copies of photographs of Hart posted to the drugstore’s plate-glass window.

Aaliyah Houghton, 23, said she was with Hart when the confrontation with the security guard started.

“He was not shoplifting,” she said, but declined to give a fuller account of the incident.

“What kills me is I have friends who shoplift. He’s too scared to shoplift and he wouldn’t lay hands on you,” said Leonard Taylor, 24, who also knew Hart from the streets. “He was sweet, always trying to help other people in the homeless situation.”

Hart’s mother and his twin sister, both named Psykyssyanna Hart, were at the memorial.

The mother, with tears running down her face, said: “Somebody cut my son’s life short, and why? This was a criminal act, and it’s being covered up from me.”

Do you have information to share about the life of Jonathan Hart ? The Homicide Report needs your help. Please fill out this form or e-mail us at homicidereport@latimes.com.

I was a neighbor of Jonathan’s from his ages of 8 to 19. He was a sweet and sensitive kid. He always gave me a hug when I saw him. This is such a tragedy.
Condolences to the family.