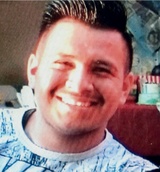 Investigators think the teen, known as “Chino” to family and friends, was riding his bicycle home around 11 a.m. when he was struck by a stray bullet, Los Angeles County Sheriff’s Sgt. Guillermo Morales said.

Shortly before the shooting, two vehicles collided at the intersection, and the occupants had exited and begun fighting, Morales said, adding that their cars were blocking traffic.

Someone in a third vehicle, which police described as white, began shooting at the people who were fighting and struck the boy instead, Morales said. Investigators say Johnny was not involved in gangs and don’t think he was the intended target.

The teen was pronounced dead at the scene at 11:26 a.m., according to coroner’s records.

Family members told ABC 7 News that Johnny had been riding his bike home from the dentist's office the morning he was shot.

Morales said the boy had just completed his junior year at Diego Rivera Learning Complex in Florence-Firestone and had aspirations of becoming a police officer.

“His family described him as a very good kid,” Morales said. “He appeared to be just an innocent bystander who got shot.”

The family has started a fundraising account for funeral expenses.

Investigators detained three people involved in the fight, but released them after questioning, Morales said. Investigators are hoping security cameras in the area will give them a description of the shooter. The white car was last seen driving east on East 92nd Street.

Do you have information to share about the life of Jonathan Salas ? The Homicide Report needs your help. Please fill out this form or e-mail us at homicidereport@latimes.com.