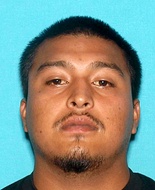 Jose Rafael Raya, a 20-year-old Latino, died Saturday, Dec. 17, after he was shot at the intersection of 130th Street and Wilmington Avenue in Compton, according to Los Angeles County coroner’s records.

Raya was in his neighborhood, driving west on 130th Street with his girlfriend in the front passenger seat, when he stopped at Wilmington Street about 6:45 p.m., said Los Angeles County Sheriff’s Lt. Steve Jauch.

It appeared that Raya was preparing to turn northbound on Wilmington when someone in a white sedan on Raya's driver’s side began shooting, Jauch said.

One bullet struck Raya in the head, and he slumped forward over the steering wheel, Jauch said. Deputies found Raya's car stopped in the street. Raya was pronounced dead at the scene at 6:57 p.m., according to coroner’s records. His girlfriend was not injured.

The shooter's white sedan made a U-turn and was last seen heading eastbound on 130th Street, Jauch said. Investigators have not been able to get a description of the people inside the car.

Anyone with information is a asked to call the Sheriff’s Department Homicide Bureau. Those wishing to remain anonymous should call Crime Stoppers at (800) 222-8477.

Do you have information to share about the life of Jose Rafael Raya ? The Homicide Report needs your help. Please fill out this form or e-mail us at homicidereport@latimes.com.

Share a memory or thought about Jose Rafael Raya